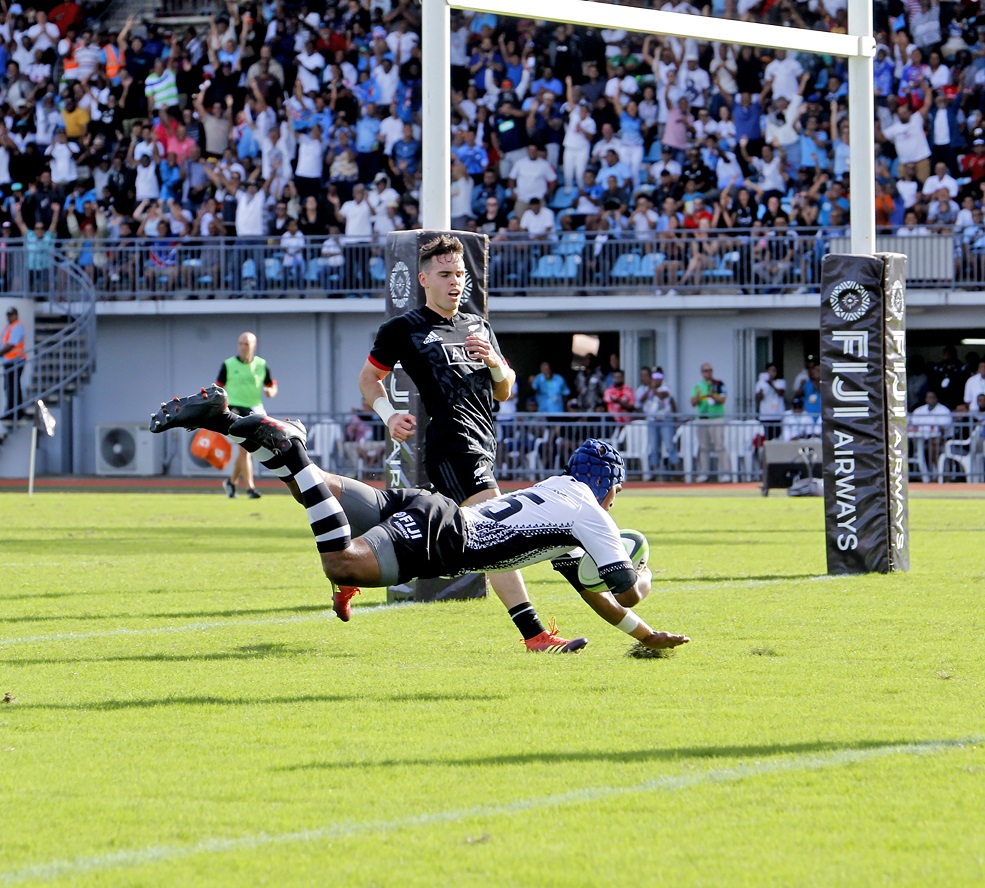 THE Flying Fijians yesterday ended its 62-year-old jinx by beating the New Zealand Maori All Blacks 27-10 in front of a packed ANZ Stadium in Suva during the opening match of the 2019 Pacific Test Series.

Head coach John McKee said it was the best start to a long campaign ahead.

“We put in the hard yards weeks before and it was really pleasing to see the boys fight for each other,” McKee said.

With one of two Tests in the bag, McKee said it was not over with the team to iron out minor issues before next week’s game against the Maori in Rotorua, New Zealand.

“We turned over some ball in the first half and we will need to work on this and some other areas before we head to Rotorua.”

Fiji showed its intention from the second minute of play when fullback Alivereti Veitokani chased his own kick only to beaten to the line by his opposite number Fletcher Smith.

Fiji broke the deadlock in the 22nd minute from a Maori mistake when Akira Ioane dropped the ball in the middle of the park with Fiji showing marvellous handling skills to find Veitokani who sliced through the black line of defence like a hot knife through butter to dive under the sticks for the first try.

Ben Volavola added the two points from the conversion.

The Flying Fijians widened the gap in the 32nd minute with Leone Nakarawa showing his silky skills to bamboozle defenders outside the Maori 22metre line and sending the ball wide for number eight Viliame Mata who carried defenders over the corner for a try.

The Flying Fijians continued their form with Volavola nailing a penalty from the 22 metres out.

Fiji got their third try of the match through a Volavola break off a ball from a charge down.

Volavola sent the ball wide with debutant Filipo Nakosi dragging in the last two defenders to off-load for Waisea Nayacalevu who dotted down to the left of the sticks on the Nasese side of the pitch.

Volavola again added the extra two from the conversion.

The New Zealand Maori tuned up a notch finally finding a chink in the Fiji armour with fly-half Otene Black sending the ball wide to blindside wing Sean Wainui who strolled over the Maori’s first points of the match Black failed to convert.

Wainui kept the Maori in the game with a second try off a five metre scrum as the penalty count for Fiji began to mount midway in the second half.

The tide turned just as quickly with the Flying Fijians showing superb handling skills with Nakosi sliding through the middle of the pitch sending the ball wide to Nayacalevu who dotted in the corner for his second try of the game sending the crowd into a frenzy.