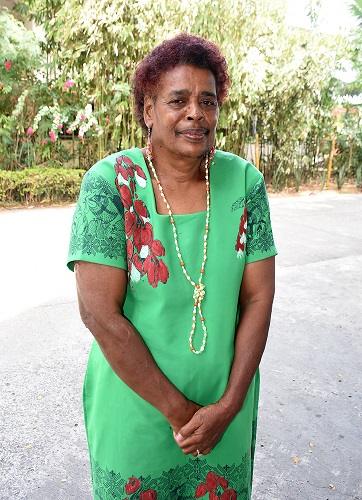 Maca Finau Hill has dedicated most of her life to serving the community and being considered a provisional candidate for the Fiji Labour Party in this year’s polls is a blessing for the Naidi, Savusavu, woman.

The knowledge she inherited in her ‘community activist’ role will help in the new political journey she has decided to embark on.

“One time Mahendra Chaudhry visited, and we were travelling around together for a little while and he found out that I got something for the people,” she shared.

“He called me up and asked me if I was interested, as I have a deep connection with people in my community.

“I asked my husband, and he agreed and supported me.”

Mrs Hill, 61, said her selfless service to people allowed her to see the needs and the changes people wanted to be able to live a better life.

In 2014, she worked with a major political party in polling venues in Taveuni.

Mrs Hill said she was ready to take on the challenge.