Flooding in southern Brazil strands hundreds, some rescued by helicopter 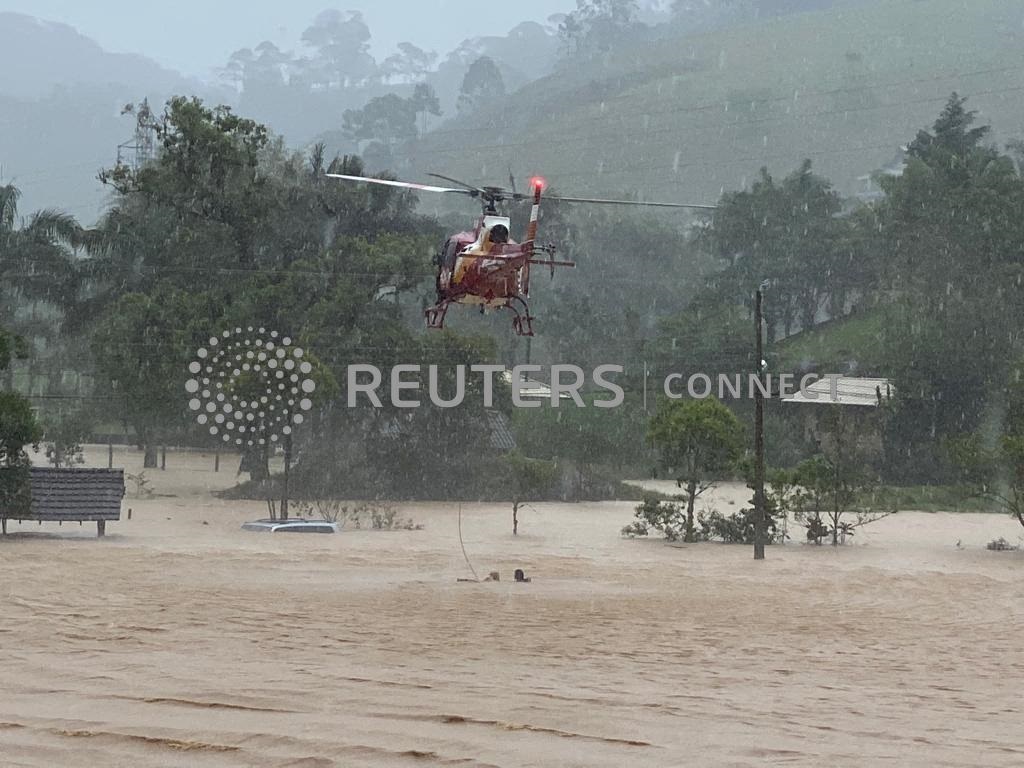 SAO PAULO (Reuters) – Heavy rains caused serious flooding in southern Brazil on Thursday, where rescuers in the southern state of Santa Catarina were dispatched to help evacuate hundreds of families trapped in their homes.

Video footage provided by Santa Catarina’s civil defense unit showed helicopters flying over muddy water that had submerged houses up to the roofline.

Helicopters hovered above some houses so firefighters could lift families to safety. Over 880 people have been evacuated so far, authorities said.

Santa Catarina officials called on people to avoid road travel, as a state of emergency was declared in several cities.

Flooding at this time of the year around Brazil is common and has caused devastation for decades.

In February, 94 people died in mudslides after heavy rains in the historic Brazilian mountain town of Petropolis, near Rio de Janeiro.