Flights in Saipan cancelled due to Philippines eruption 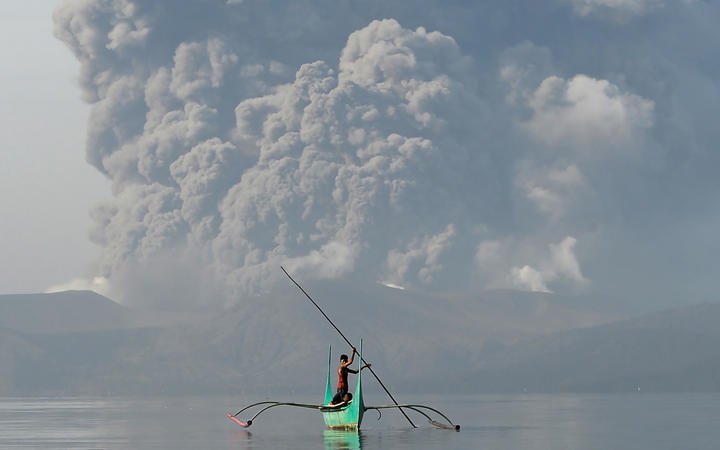 The volcano lies to the south of the Philippines capital, Manila. Picture: RNZ

The eruption of Taal volcano in the Philippines has led to some flights to the Northern Marianas being cancelled.

Schools and businesses shut across Manila on Monday as the volcano belched clouds of ash across the city and seismologists warned an eruption could happen at any time, potentially triggering a tsunami.

Thousands of people were forced to evacuate their homes around Taal, one of the world’s smallest active volcanoes, which spewed ash from its crater in the middle of a lake – about 70km south of central Manila.

The Japan-based budget airline, Skymark Airlines, cancelled its Monday flight, but is now planning to run its regular flights between Narita and Saipan today, weather permitting.

Meanwhile, United Airlines is assuring customers affected by the closure of Manila’s international airport that they will be rebooked on the first available flights.

Four United flights to Guam were cancelled over Sunday and Monday.