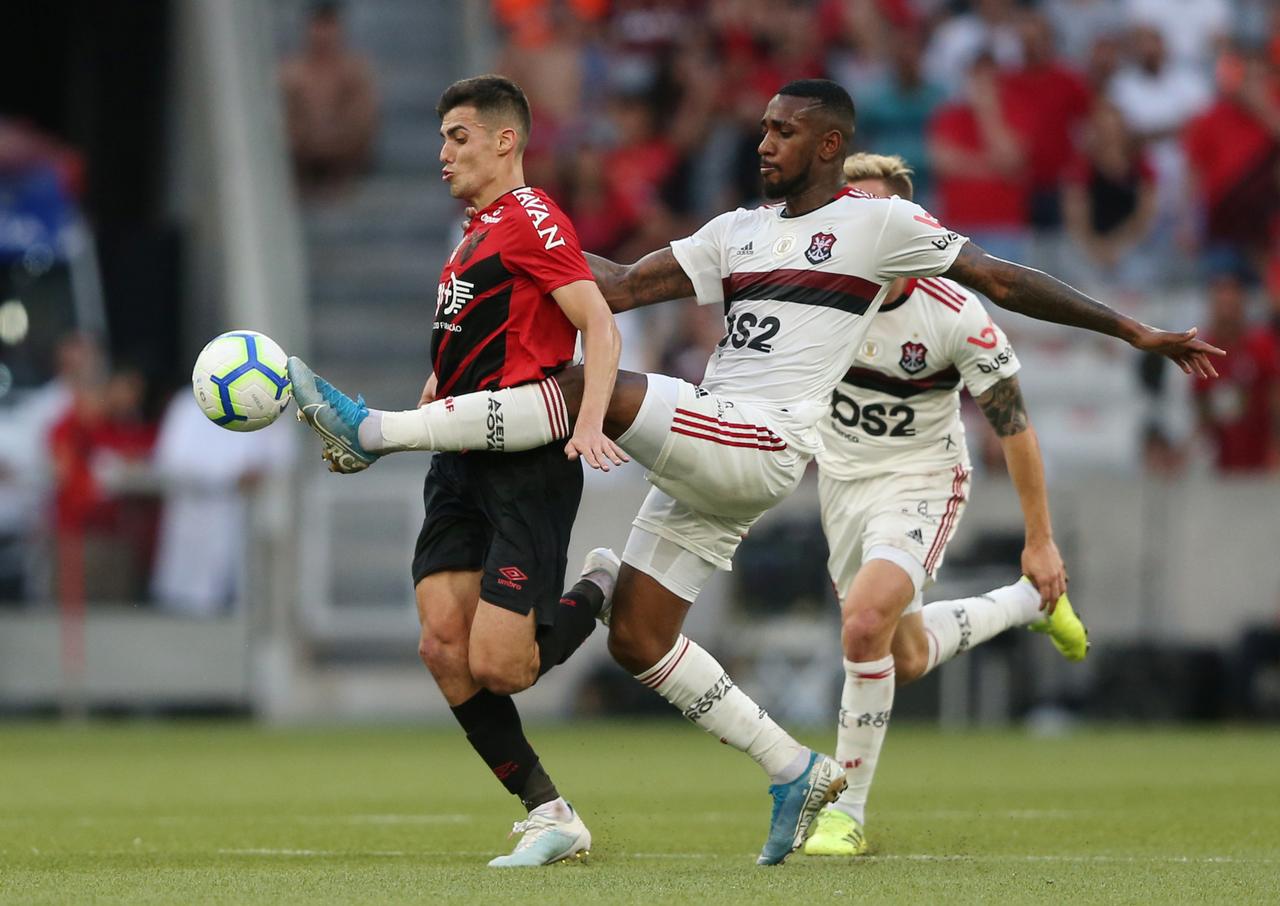 The striker struck just before halftime and then again in the dying seconds to complete the win that kept the Rio club on top of Serie A with 58 points.

His clinical finishing made up for the absence of top goalscorer Gabriel Barbosa who was on international duty.

It was the first time Flamengo have beaten Athletico away in the league since 1974.

Palmeiras, who beat Botafogo 1-0, are eight points adrift in second. Third-placed Santos, who could only draw 0-0 at Internacional, are two points behind Palmeiras.