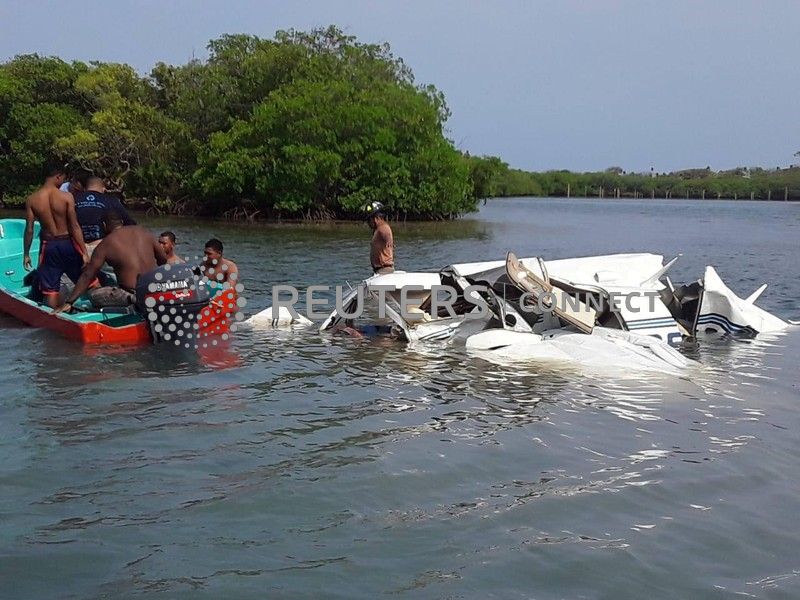 A view shows wreckage of a plane that crashed into the sea near the island of Roatan, Honduras, May 18, 2019, in this picture obtained from social media. Honduras Fire Department/via REUTERS

TEGUCIGALPA (Reuters) – Five foreigners including the pilot died on Saturday when their private plane crashed into the sea shortly after taking off from Roatán island, a tourist destination on the Atlantic coast of Honduras, local authorities said.

Officials gave conflicting accounts of the victims’ nationalities. Armed forces spokesman Jose Domingo Meza said four of the victims were from the United States and the fifth victim’s nationality had yet to be determined.

Local authorities did not immediately offer a cause for the accident.

The Piper PA-32-260 plane was headed to the tourist port city of Trujillo, about 80 kilometres (49.71 miles) from Roatan, a picturesque island frequented by tourists from the United States, Canada and Europe, authorities said.