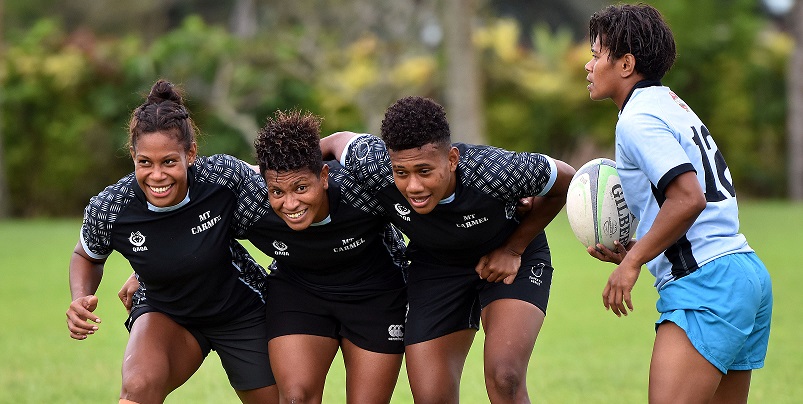 She is the fittest player in the Fijiana 7s side heading into the Oceania 7s later this week.

Verenaisi Bari recorded 19.1 on the Yoyo test, the best in the 26-member squad.

The 22-year-old is part of the two Fijiana teams which leave the country today to compete at the tournament in New Zealand.

An emotional Bari, with tears in her eyes, said she remembered the days when she used to play backyard rugby with her six elder brothers and one sister.

“It was always a dream to represent Fiji from the time we used to play touch rugby. I was brought up by my mum who passed away last year and it has been through God and never giving up that I reached this stage,” she said.

The former Savusavu 7s rep who now plays for the Striders said learning from the experienced players had been a blessing.

“We have some players who won bronze at the Olympics in Tokyo and training with them has been really helpful.

“From the basics of passing and tackling, I’ve learnt a lot just by training with them.”

She made her debut for the Fijiana side at the Langford 7s in Canada last month and was also part of the squad that played in Toulouse.

She will be one of the 26 players trying to impress coach Saiasi Fuli for a spot in the 13-member squad to the Commonwealth Games in England next month.

The Oceania 7s kicks off this Friday and will finish on Sunday.