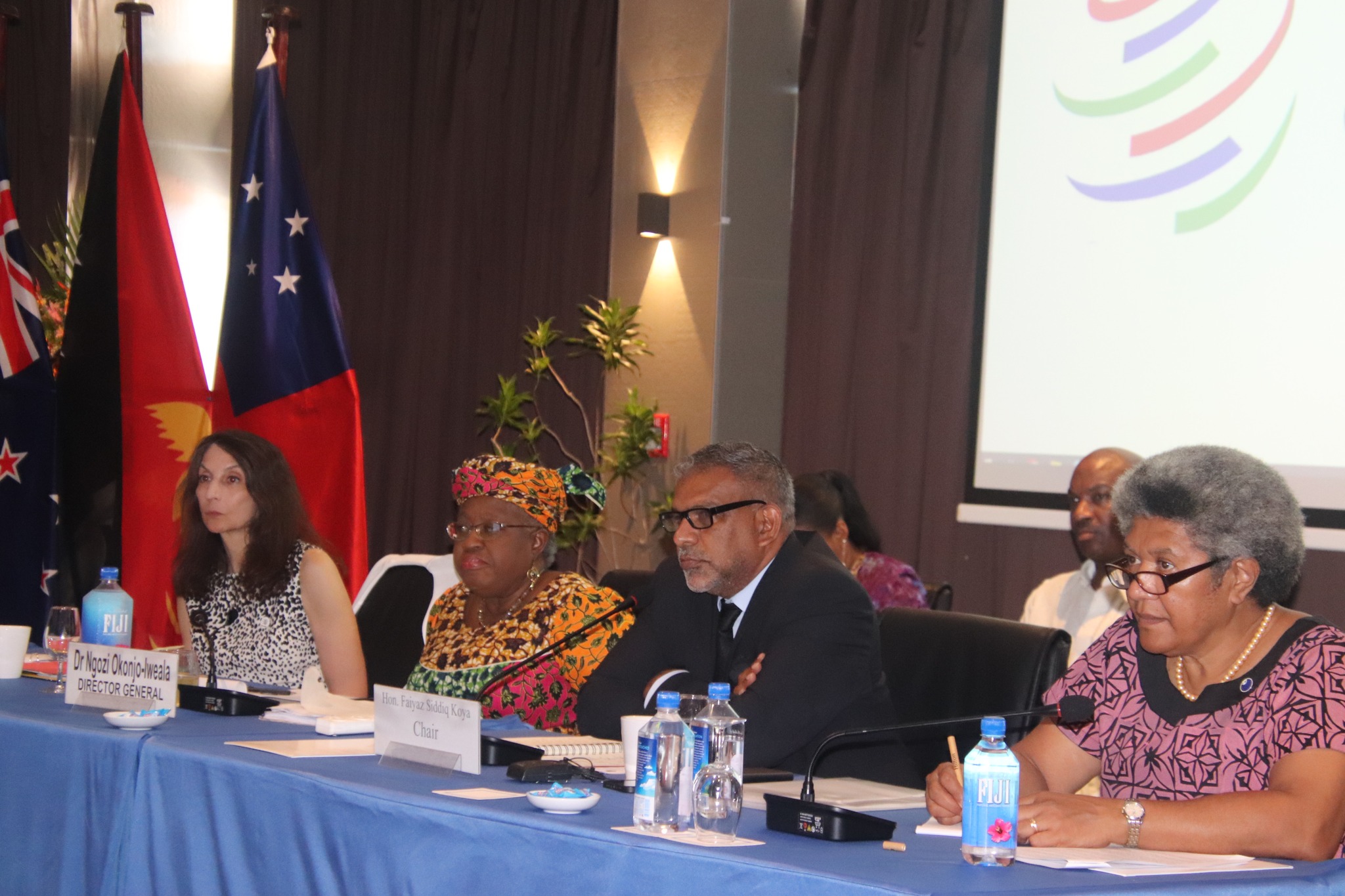 The Pacific, in particular the Western and Central Pacific, accounts for more than half of the world’s harvested tuna stock.

“Approximately 60 per cent of the tuna stock is harvested from Pacific countries’ economic exclusive zone (EEZ),” he said.

Mr Koya said the last 48 hours of the 12th Ministerial Conference could never be forgotten as it showed when the Pacific region pulled together and focused its energy – the course of the entire negotiations could change.

“We are fully aware of the importance of the fisheries sector as it supports livelihoods, food security and social and economic development plus also creating jobs and investments.”

He said the round table meeting with the WTO Director-General Dr Ngozi Okonjo-Iweala was crucial.

“This is the first time the Pacific is hosting the WTO Director-General after her appointment more than a year ago.

“The second wave of negotiations on FSA (fisheries subsidies agreement) is critical for the Pacific as overcapacity and overfishing is the most important pillar,” said Mr Koya.