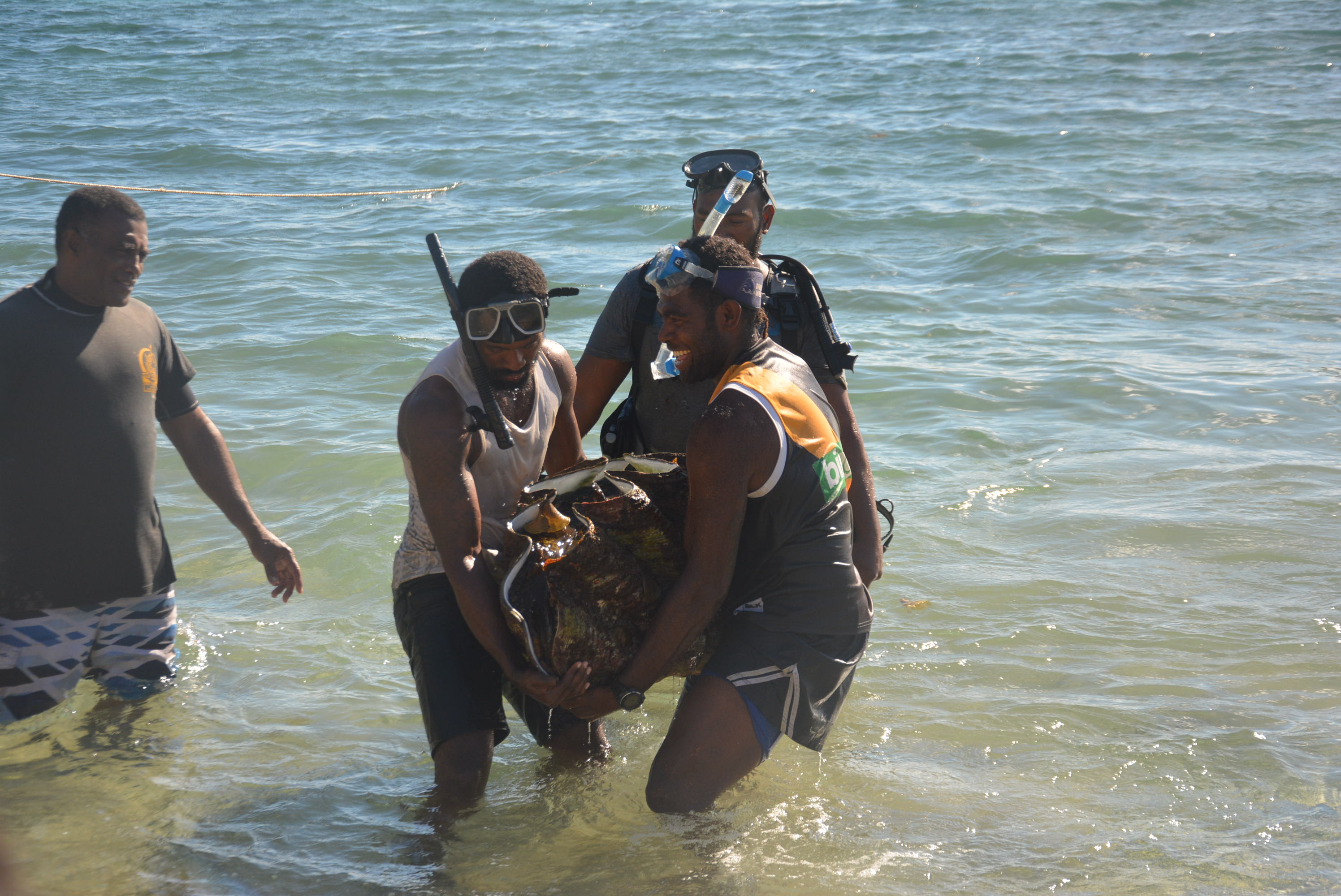 CLAMS or vasua is a seafood delicacy in Fiji and in some places where it once was in abundance, some species of clam shell are slowly becoming extinct.

The Fiji Times visited Makogai and Wakaya islands, two centres that the Ministry of Fisheries have chosen to spawn some of the endangered clam species in Fiji today.

Clams are incredible creatures and their size alone is impressive with some of the species growing to almost 5 feet or 1.5metres and weigh up to 440 pounds or 200 kilograms.

This is not to mention that some have a lifespan of over 100 years.

Acting Fisheries Principal Research Officer Saras Sharma said the tevoro species, which is considered the largest clam shell, was recently introduced again to Fiji waters from Australia in 2000 when the Department of Fisheries started a giant clam reintroduction program.

“The tevoro species became extinct in Fiji because it was being overharvested for its shell and aquaria trade as well as consumption,” Mrs Sharma said.

Spawning the tevoro species proved successful after the Director of Fisheries, Aisake Batibasaga, managed to carry it out at Namuka-i-Lau.

Luckily in Fiji, three of the tevoro clams found in Namuka-i-Lau were transfered to Makogai to be spawned.

“At the moment, two are in the tanks and one (which has been spawned for one year or more) has been taken out to sea in a cage,” she said.

It is understood the Ministry of Fisheries spends an estimated $20,000 for a spawning cycle, which takes approximately seven months before the clams are transferred to cages and taken out to sea for conservation.

Wakaya Private Island Resort Civil and Grounds Manager Niumaia Niumataiwalu said they were really grateful to be guided by the ministry in their efforts to conserve the different species of clams and also the green turtles (a rare species of turtles), which are becoming extinct.