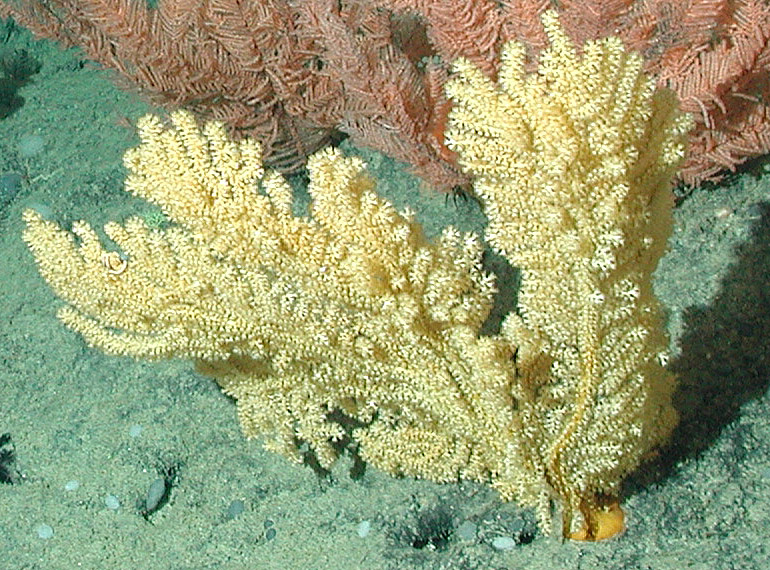 HAGÅTÑA – The National Marine and Fisheries Service is proposing to expand the moratorium on gold coral harvests by another five years, noting uncertainties related to the growth rates and habitat requirements for this marine resource.

The current moratorium is scheduled to expire on June 30, 2018 and the NMFS seeking to extend it through June 20, 2023 based on the Western Pacific Fishery Management Council’s recommendation.

Gold corals are suspension feeders and live in deep water —100 to 1,500 meters on hard substrates where bottom currents are strong, such as seamounts, ledges, pinnacles, walls and cliffs. Besides gold corals, other precious resources such as black, pink and bamboo corals are also abundant in these areas. Jewelry designers use them to adorn their products.

NMFS said gold coral fishery in the Pacific Islands had been dormant since the moratorium was first imposed in in 2008 and extended in 2013.

“Gold coral harvesting had occurred infrequently during the past 50 years. In the late 1970s, harvesters used a manned submersible to selectively take several thousand kilograms of gold coral off eastern Oahu, Hawaii. From 1999-2001, a second harvester took a small amount of gold coral, along with other deepwater precious corals, from exploratory areas off Hawaii,” NMFS said in the proposed action posted on the Federal Register.

Federal regulations, which require permits and data reporting, allow harvesting of precious corals only with selective gear including submersibles, remotely operated vehicles or by hand. There are also bed-specific quotas, refuges from fishing and size limits.

But NMFS said due to the great longevity of corals and the associated slow population turnover rates, a long period of harvest restriction is required to restore a stock’s ability to produce at the maximum sustainable yield especially it has been over-exploited.

“They are slow-growing and have low rates of natural mortality and recruitment,” NMFS said. “Unexploited populations are relatively stable, and a wide range of age classes is generally present.”

NMFS said the moratorium currently in place has not only prevented the potential for overharvesting gold corals from a renewed fishery but also allowed for research on gold coral biology, which also identified previously unknown habitat requirements for gold coral. Initial research indicated that gold corals may depend on bamboo corals to provide required substrate for gold coral larvae.

The proposed extension of the moratorium is expected to allow for additional research to help future management decisions regarding sustainable harvest of gold corals, the agency said.

NMFS said only permit holder based in Hawaii is likely to be affected by the proposed moratorium extension.

NMFS believes the affected permit holder “would be considered a small entity because the permit holder is engaged in the business of fish harvesting, independently owned or operated, not dominant in their field of operation, and has annual gross receipts not in excess of US$11 million.”

“Because of these challenges to entities wishing to harvest and land gold corals, interest in this fishery will likely remain low even without the moratorium,” NMFS said.

COVID-19: 53 to front court for alleged breach of restrictions