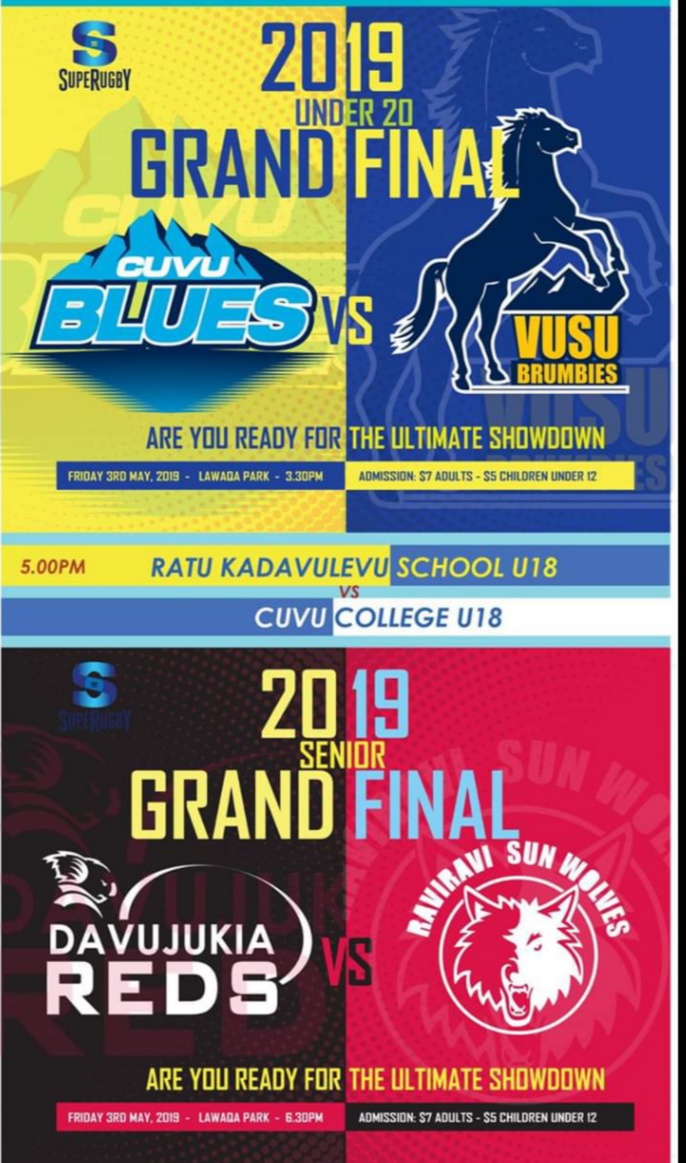 THE Nadroga Super Rugby Franchise has reached its grand finale staged for Friday where two first-timers – the Davujukia Reds and the Raviravi Sunwolves – take on the pitch at the Lawaqa Park at 6.30pm.

After sevens pool rounds of brutal rugby between 16 district teams, eight progressed to the quarterfinals and four qualified to the final but the battle of the survival saw the Sunwolves eager to face the Reds on Friday.

The intensity of the competition sees villagers and families with their district colours every Saturday but the moment of the remaining two in the senior category and the top two from the under 20 division where Vusu Brumbies face Malomalo Sharks.

The program begins at 2pm where the Cuvu under 17 rugby team take on the Suva Grammar under 17 as a warm-up match towards the Deans competition.

At 3.30pm, the Vusu Brumbies under 20 will take on the Malomalo Sharks under 20 before the Deans defending champions Ratu Kadavulevu School under 18 faces Cuvu College under 18 as a warm-up match and the curtain raiser to the Super rugby final between Davujukia Reds and Raviravi Sunwolves.