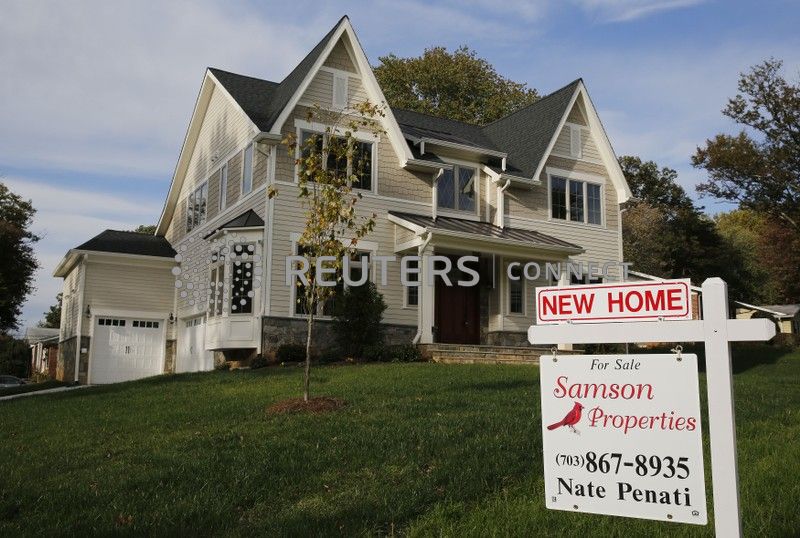 (Reuters) – Mortgage rates are at a three-year low and housing price appreciation has cooled, but many Americans seeking to buy their first home are facing tough times.

Why? There just aren’t enough homes for sale.

Developers have struggled to build enough new homes, especially at entry-level prices, because of land and labor shortages and rising material costs.

The supply tightness has been compounded by retirees “aging in place” and Baby Boomers content to make additions to their current homes, rather than moving, analysts said.

There were 1.89 million previously owned homes on the market in July, down from 1.92 million in June and 1.6% from July 2018, the National Association of Realtors said on Wednesday.

On the other hand, starts on new single-family homes edged up 1.3% in July to an annualized rate of 876,000 units in July, the fastest pace in six months, the Commerce Department said last week.

First-time buyers bought 559,000 single-family homes in the second quarter, down 4% from a year ago, a report from Genworth Mortgage Insurance released on Wednesday showed.

Weaker first-time home sales came at a time while the broader market has recovered a bit from the downdraft in late 2018.

“This represents a shift in housing market dynamic dating back to 2012,” Genworth chief economist Tian Liu said in the report. “For the first time, the year-over-year growth rate in home sales to first-time homebuyers underperformed the overall single-family housing market, which was down 2 percent year-over-year.”

The mild pickup in wage growth, now at a 3% annual pace, should also help.

“It’s a plus for first-time buyers,” Fannie Mae’s Duncan said.

Mortgage rates have fallen in recent weeks in step with bond yields as investors have piled into low-risk government bonds to shield their money because of fears about a recession and trade tensions between China and the United States.

While borrowing costs fell in the second quarter, first-time homebuyers paid about half a percentage point more than other buyers, Genworth’s Liu said.

Even as the costs to acquire a home have fallen somewhat, the lack of homes for sale will persist as a major impediment for first-time buyers to achieve their “American Dream.”

“In a lot of places, homes for sale are still limited,” Duncan said.