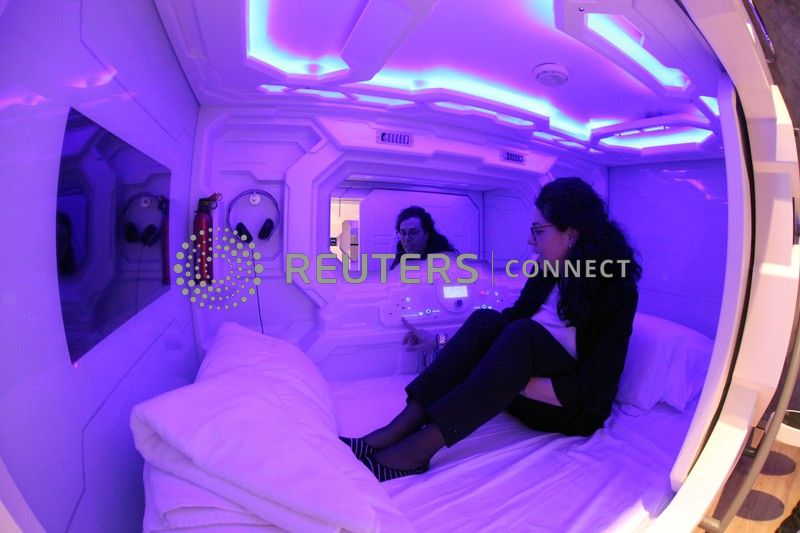 An employee shows a room before the opening of the first hotel with sleeping capsules in the Balkans, in Ljubljana, Slovenia April 9, 2019. REUTERS/Srdjan Zivulovic

LJUBLJANA (Reuters) – Tourists who visit Ljubljana can now stay in the Slovenian capital’s first sleeping capsules after the city’s Central Hotel put up 10 capsules in a former telephone switchboard room.

“This is a new story in Slovenia,” said Matej Rigelnik, chief executive officer of the hotel.

Slovenia, the native country of US First Lady Melania Trump, has seen a surge in tourism since it joined the European Union in 2004 and the eurozone in 2007.

The Alpine state’s capital has a picturesque medieval center that stretches along the Ljubljanica river and a castle on a hill above the center.

Last year the number overnight stays by foreign tourists in Slovenia jumped by 15.4 percent, with most of them coming from Germany, Italy, Austria, Netherlands and Croatia.