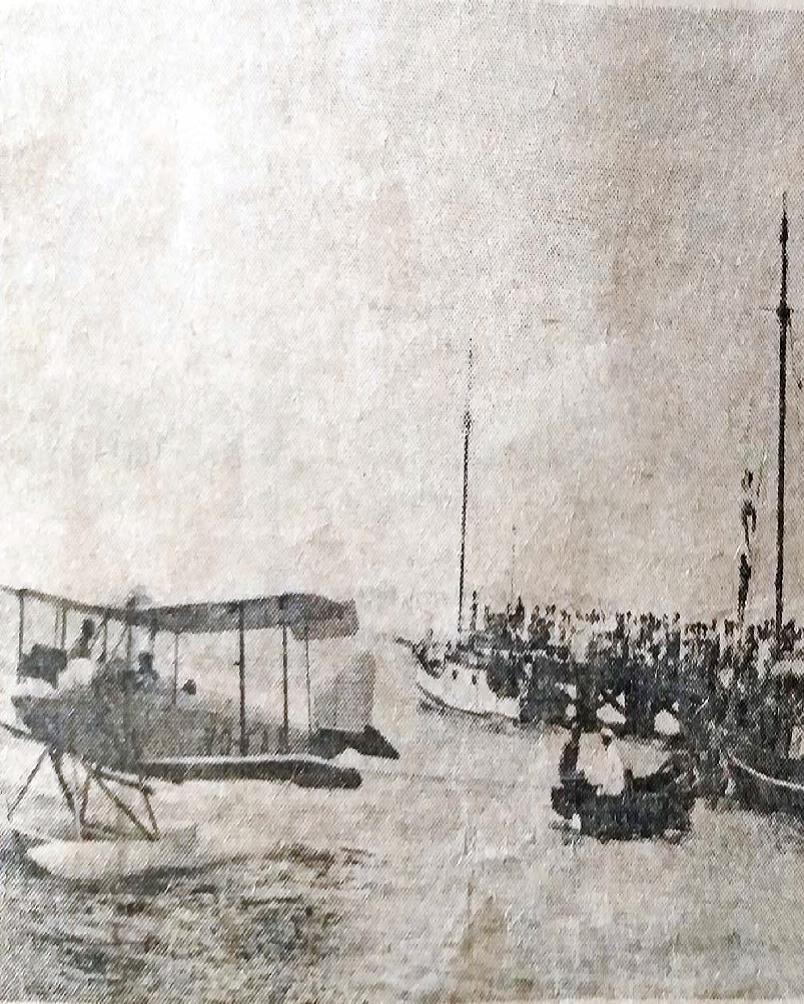 A float plane of the original Fiji Airways, piloted by Captain Gordon Fenton, brought the first airmail from Suva to Levuka on July 16, 1930. Picture: FILE

ON March 20, 1933, The Fiji Times described the first flight of the original Fiji Airways seaplane to Lautoka as successful.

It was captained by Gordon Fenton who guided the plane smoothly towards Fiji’s second biggest city.

But not before he was met with a heavy rainstorm while flying towards the bay of Viti Levu.

It was the heaviest rainstorm he had ever met in his flying career forcing him to make a detour.

“On his return to Suva along the southern coast via Sigatoka, the tradewinds were blowing at a low altitude, and therefore, Captain Fenton climbed 3000 feet and came along with a favourable wind, making the flight of 112 miles in one hour 35 minutes,” described The Fiji Times article.

The next day it reported the two seaplances would leave Suva at 6.30am for the first scheduled flight to Labasa, via Levuka, Makogai and Nabouwalu, then along the coast of Vanua Levu, returning to Suva soon after midday.

On Thursday of the following week, the article said, an inaugural flight from Levuka and coast ports to Taveuni would take place.