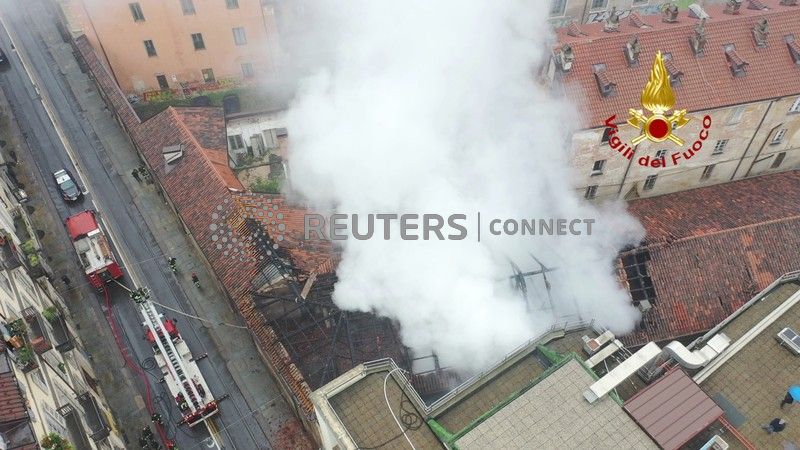 TURIN (Reuters) – A fire broke out in Turin’s 18th century royal stables and riding school the Cavallerizza Reale on Monday, destroying part of the roof of the UNESCO world heritage site.

The blaze began at about 0745 local time, firefighters said. Six teams were deployed and the flames were extinguished after about two hours, but not before a significant part of the roof had collapsed.

The cause of the fire is unknown and nobody was injured, authorities said.

The building in Turin’s historic centre had also been damaged by an arson attack in 2014. It was not open to the public at the time of Monday’s fire.

The Cavallerizza Reale, the construction of which began in 1740, is among the best known buildings erected for the Savoy family that ruled in the Piedmont region around Turin during the 17th and 18th centuries.

The Savoys became Italy’s ruling family after the nation’s unification in 1861 and Turin was the capital city between 1861 and 1864.

The Cavallerizza Reale is the latest of several historic Italian buildings to suffer serious damage in recent decades.

The Fenice theatre in Venice was burnt down in 1996 and has since been rebuilt. The following year Saint Francis’ Basilica in Assisi, another UNESCO site, was hit by a violent earthquake, killing four people inside the building.

Italy and China share the record for UNESCO world heritage sites, with 55 each, followed by Spain with 48 and Germany on 46.