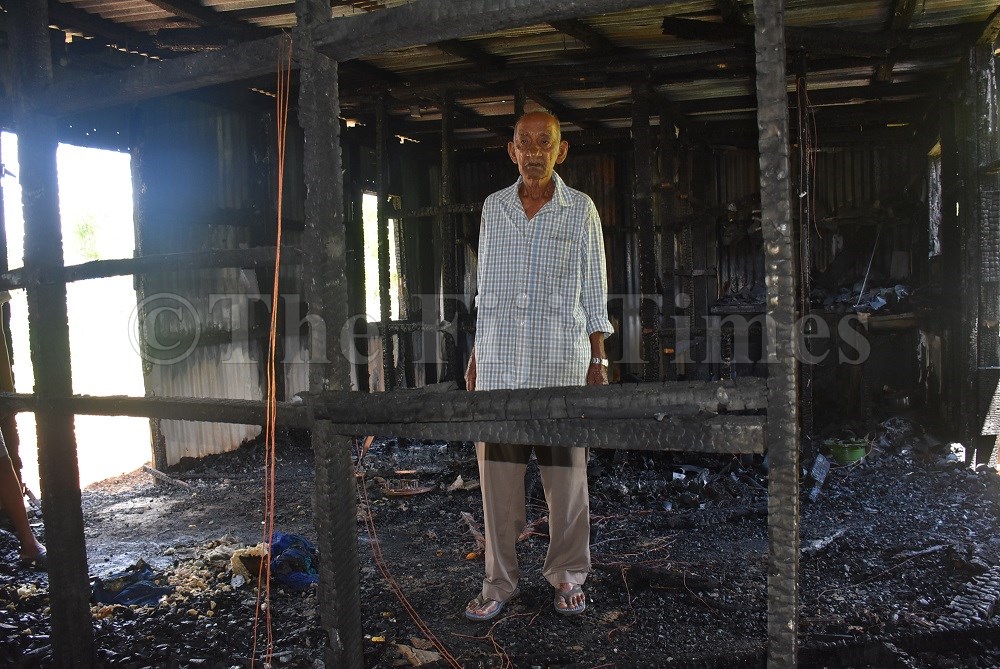 Shri Deo at one of his house destroyed by fire in Barara Flats Lomolomo Lautoka. Picture: REINAL CHAND

A family at Barara Flat, Lomolomo, Lautoka, lost their two-bedroom property to a fire over the weekend.

House owner Shri Deo said the property was rented out to a couple who were away when the incident occurred.

“The fire started around 2.40pm on Saturday and we have no idea as to what may have caused the fire,” he said.

Mr Deo said he was deeply saddened because a lot of hard work had gone in to constructing the property.

“The estimated value of the building would be around $30,000 and it will require a lot of money to re-build it.”

He said all his tenant’s belongings were destroyed in the fire.

In a statement, the National Fire Authority said a fire team responded immediately to the scene and upon arrival found the house fully engulfed in flames.

“The firefighters quickly established one delivery of water from the fire truck to extinguish the fire,” the NFA said.

The NFA said they would carry out investigations into the fire incident to ascertain its cause.