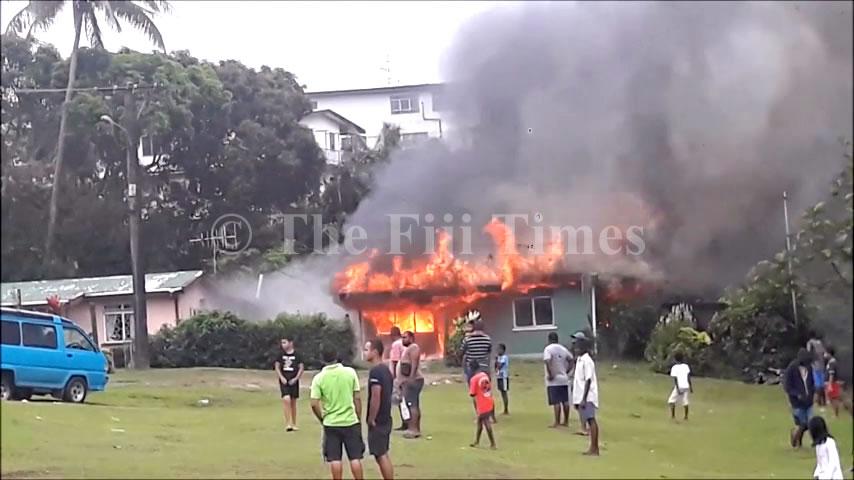 An early morning fire destroyed a three-bedroom home at Raiwaqa in Suva today.

The family was still asleep when a neighbour alerted them after seeing smoke coming from the house at around 7.30am.

The owner of the home is abroad and the house was being occupied by her nephew, his wife and two children who escaped with the clothes on their backs.

Three fire trucks and police vehicles arrived within minutes to cordon off the area from other residents in the neighbourhood.

Residents who tried to help were asked to step aside and let firefighters do their job.

Firefighters were at the scene to douse the flames to avoid it from spreading to other nearby homes.

Water was pumped from the three fire trucks at the scene which managed to extinguished the raising flames – leaving behind a charred interior and all belongings destroyed.

There were no reports of anyone being hurt except fear that flames would spread to other homes within the densely populated suburban on Milverton road.