Finn Russell reminds of his prowess as Scotland win 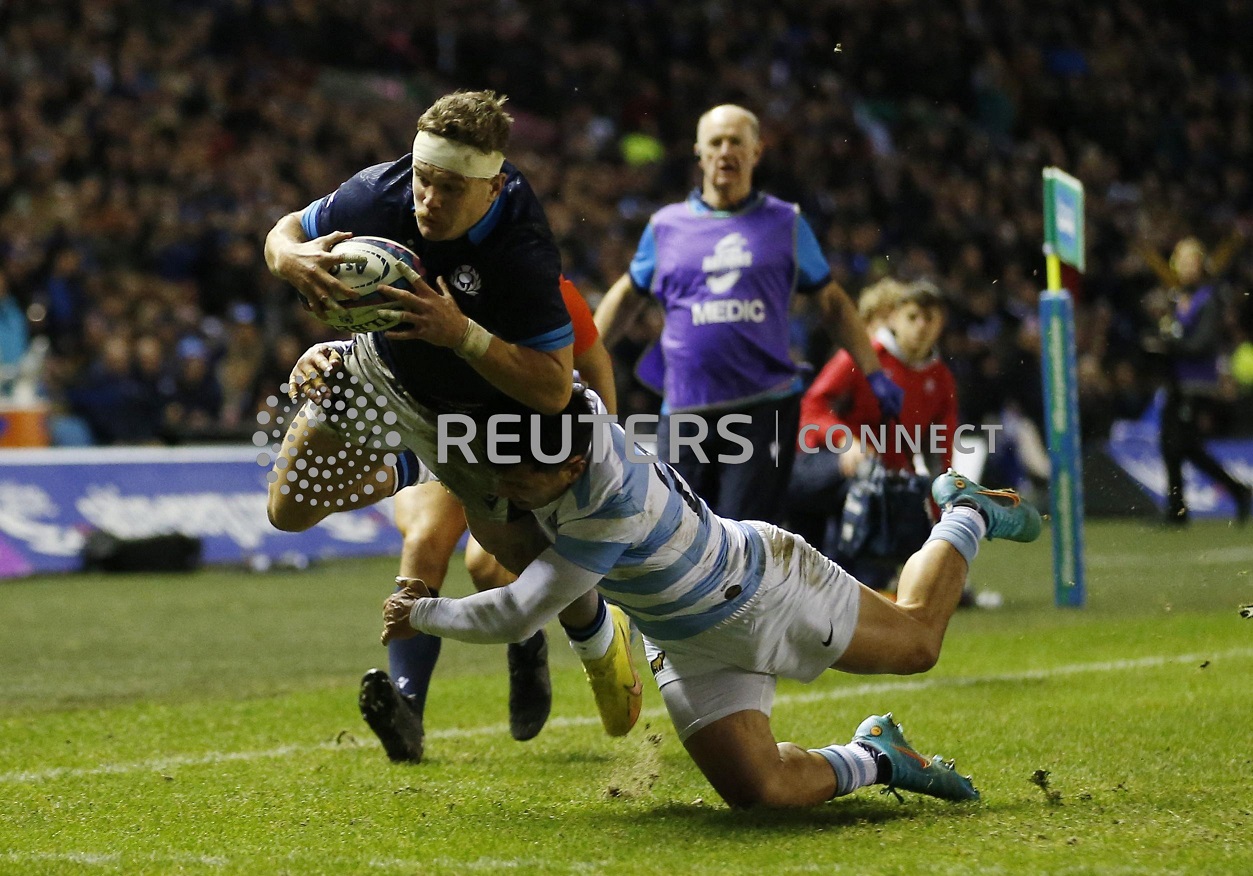 EDINBURGH (Reuters) -Darcy Graham scored a hat-trick of tries but it was Scotland’s standoff Finn Russell who ran the show and delivered a reminder of his match-winning prowess as they beat a 14-man Argentina 52-29 in a tempestuous test at Murrayfield on Saturday.

Russell had been initially left out of the squad for the autumn internationals by coach Gregor Townsend, with his test career looking at an end, but suddenly brought back in an injury crisis and immediately restored to the line-up against New Zealand last week and again for the clash against Argentina.

His line breaks and clever passes set up Sione Tuipulotu’s 11th minute try, a second for Duhan van der Merwe 13 minutes later and one for Graham almost straight after as Russell imposed himself on the game.

It continued in the second half as Scotland went onto outscore Argentina eight tries to four, with Graham scoring two more, Tuipulotu getting a second, and Cameron Redpath and Stuart Hogg adding their names to the list of scorers.

But Scotland’s winning cause was greatly helped by the 22nd minute sending off of Argentine loose forward Marcos Kremer, leaving the visitors a man down for almost an hour.

They were also handed three yellow cards in the second half – two of them within 30 seconds of each other as both locks Matias Alemanno and Tomas Lavanini were sent to the sin bin, leaving them down to 12 men.

Jeronimo de la Fuente scored Argentina’s first try in the 15th minute and Alemanno the second, not long after Kremer’s dismissal. Emiliano Boffelli, who kicked a penalty and three conversions, added a remarkable break try when Argentina were down to 12 players in the second half.

Argentina, who beat England in the first of their three November tests but lost to Wales last week, also got a consolation try through Ignacio Ruiz as Argentina kept driving forward for seven minutes past the final hooter.

(Writing by Mark Gleeson in Doha; Editing by Christian Radnedge)