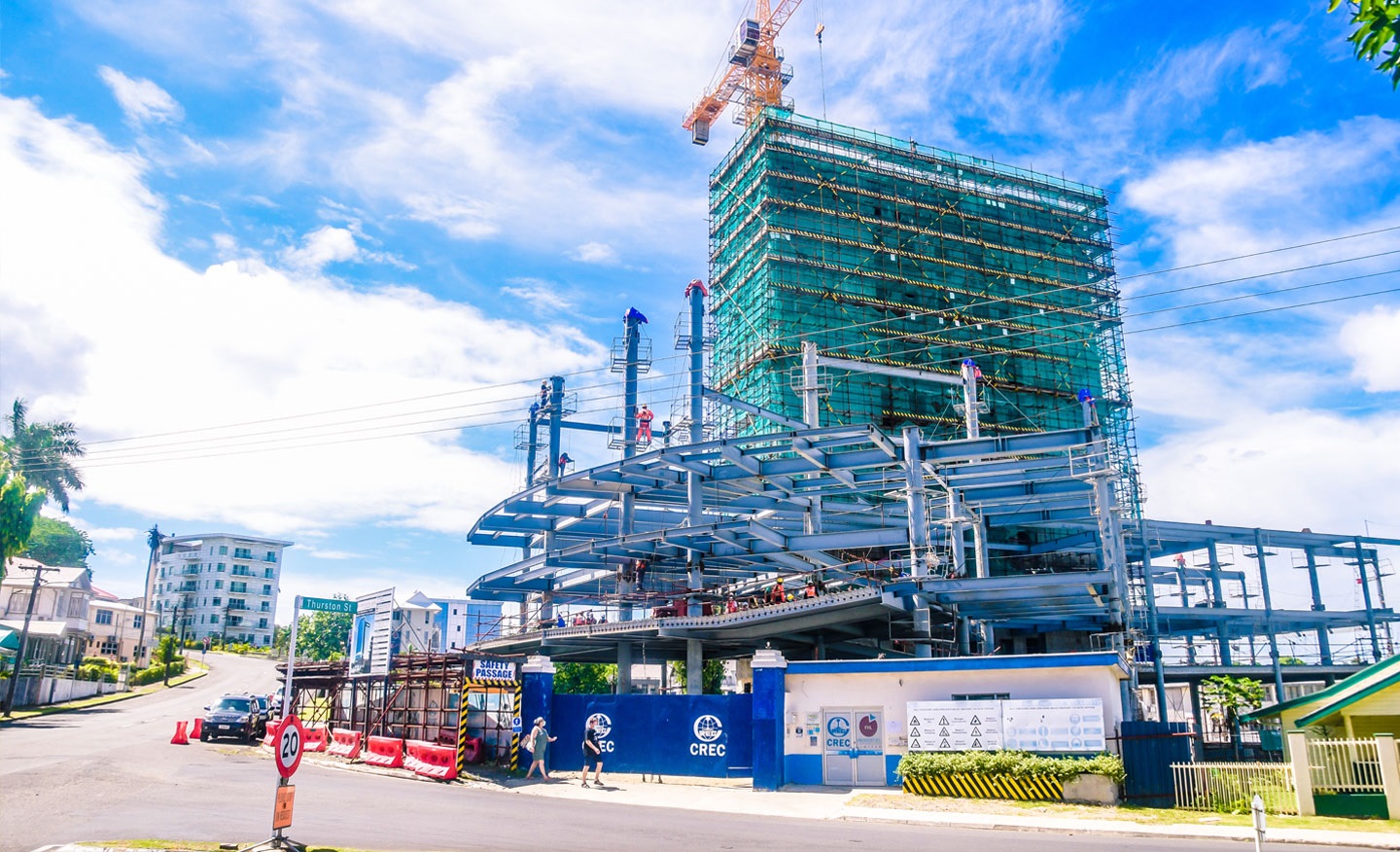 Fijian Holdings Ltd’s FHL Tower project in progress. FHL accounted for 57.90 per cent of the total number of trades in 2022. Picture: SUPPLIED

According to the SPX the main contributing factor to the high volume and value traded in KFL and TTS shares are because of the execution of negotiated deal transactions in each security.

Meanwhile in terms of number of trades, the restricted security, Fijian Holdings Ltd (FHL) stood as the most active stock.

The 2022 Stock Market Review from SPX show that FHL accounted for 57.90 per cent of the total number of trades in 2022 whereby these numbers of trades for FHL stood approximately 6.9 times higher than the second most active security.

SPX acting CEO Pretesh Prasad said on an assenting note, 2022 saw all the listed stocks recording market activities after a lapse of nine years as such trading behaviour was last witnessed in the year 2013.

In terms of volume traded to issue securities ratio, Mr Prasad said an increase was recorded whereby, the statistics for 2022 stood at 0.49 per cent for the year 2022 in comparison with 0.40 per cent noted in 2021.

The acting CEO said given the above sentiments, the overall capitalisation of the market, which was the total dollar value of all the SPX listed entities, recorded a marginal fall of 0.28 per cent concluding the year at a value of $3.13 billion while the SPX Equal Weighted Price Index and the SPX Equal Weighted Total Return Index fell by 1.99 per cent and 0.01 per cent respectively.