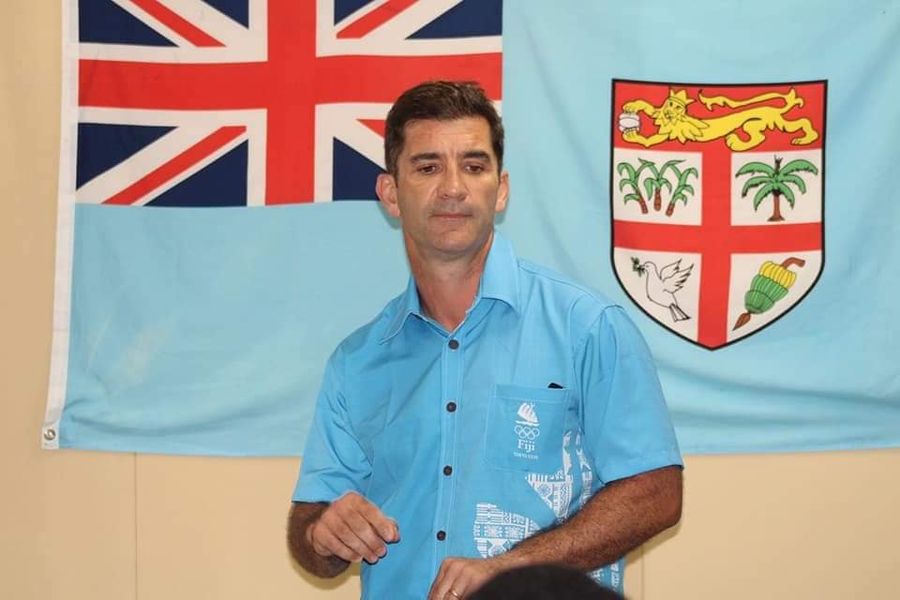 Fiji 7s coach Gareth Baber stands on the threshold of his contract with Fiji Rugby Union with the ultimate result of his four years of work  in Fiji to be known in the next 48 hours.

Baber, who succeeds Ben Ryan for the defence of the Olympic Games gold medal, gets the biggest test of his tenure in Fiji with 2016 Rio losing finalist Great Britain which thrashed Canada 24-0 yesterday, as his last pool opponent today.

Baber and his men started a bit rusty against the hosts  Japan which had three Fijians who were instrumental in not allowing Fiji to settle in the game despite its 24-19 win at the end.

Fiji scored four tries compared to Japan’s three, but  Japan unveiled poor defence from the defending champion and the inability to implement the Fijian flair early in the tournament.

Japan led 14-12 at halftime, but a double from veteran Waisea Nacuqu who was in the squad for the Rio Olympics, saved the day for the Fijians.

This afternoon they have to beat Great Britain which has star players such as Dan Norton in order to qualify for tonight’s quarter-fi nals.

Baber said before the match that his players had a lot on their shoulders while trying to win back the gold medal tomorrow night.

The former Welsh international and former Hong Kong coach and his players had been separated from their loved ones, friends and families for more than three months because of the COVID- 19 pandemic.

“Being told they can’t go back and see their families, and because the spread of COVID in the country, that you’re going to leave the country without having said your goodbyes to the family  has been particularly difficult.”

Baber now uses the adage ‘no pain, no gain’ to help win back the gold medal win. The pain, the frustration and the helplessness imposed on him and his men by the pandemic is now their weapon in the search for the gold medal.

With expectations at home to win the gold medal, retaining it tomorrow night, will erupt celebrations throughout COVID-19 stricken Fiji and calm some nerves on the political front.

“They’re young men and haven’t played professional rugby for a long period of time. They are expected to go out and win for their country. The expectation and the scrutiny on these boys is unbelievable.

“And, as a coaching staff, as a management group, you look for the opportunities in that, even though there may be pain in there, that helps develop and grow the resilience as a group.

“You use those events, in a way that is mature and objective and brings attention to potentially the sacrifices and the pain that players go through.