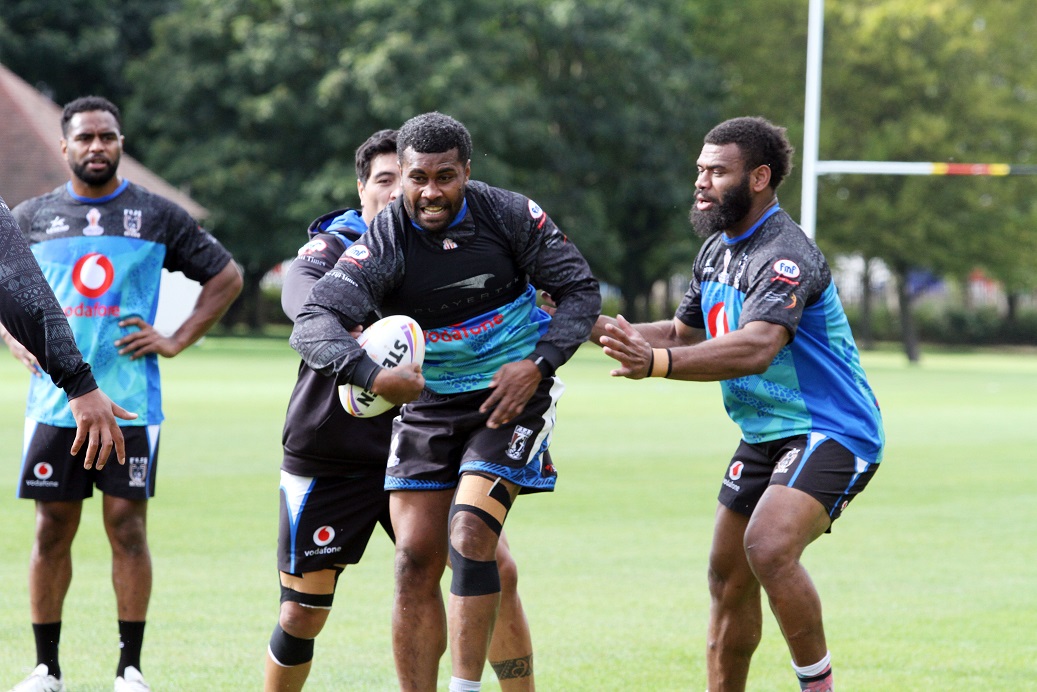 The Bati players are in Leconfield barracks in Yorkshire, England preparing for the pinnacle of the sport where they face defending champions Australia, Scotland and Italy in the pool stages.

The side’s preparation hit a road bump after the Sims brothers, Kobin and Tariq, and the Saifiti twins, Daniel and Jacob, pulled out of the campaign because of injuries and personal commitments.

Other notable names include Parramatta Eels player Waqa Blake, who featured in the NRL grand final against the Penrith Panthers, and Rabbitohs winger Taane Milne, who is out on suspension.

Even without the big name players, Natabe says the team is singing the same tune in achieving the goal of a final finish.

“In the last three world cups we have reached as far as the semi-finals. This year the challenge is to move up a notch,” Natabe said.

“The boys are definately tuned for that goal and we have all the support systems that are working together to make sure they have a wonderful experience at this Rugby League World Cup.

“Given that some of the players are unavailable, it is important to understand that the team going to the Rugby League World Cup is Fiji’s best available players and I know they will do the country proud.

“I would like to assure the people of Fiji and those who follow Fijian rugby league to get behind this Rugby League World Cup team and give them our very best in words of encouragement or any form of support that we do.

“They have a huge task on their shoulders and they’ll really appreciate any little show of support they can get.”

He said the full squad would assemble on October 7 before the RLWC campaign begins in Hull a day later.

“The team has arrived into Leconfield barracks where they will wait for the remaining players who finished up with the grand final last weekend.

Otherwise the players in the Super League and in Europe, including some of those that have finished up their season have already gathered in Leconfield for the start of the Rugby League World Cup campaign and preparation for Friday’s warm-up match against England,” Natabe said.

Meanwhile, the side has been boosted with availability of Penrith Panthers dummy half Api Koroisau.

Koroisau, who won his third NRL premiership title with the Panthers on Sunday, was not included in the Kangaroos RLWC squad and will turn out for Fiji.

He will team up with Panthers enforcer Viliame Kikau in leading Fiji’s campaign.

The Bati will open their RLWC campaign against Australia on October 15 at at Headingley Stadium in Leeds.

The side faces Italy seven days later at Kingston Park, Newcastle before wrapping up the pool games against Scotland on October 29 at Totally Wicked Stadium, St Helens.