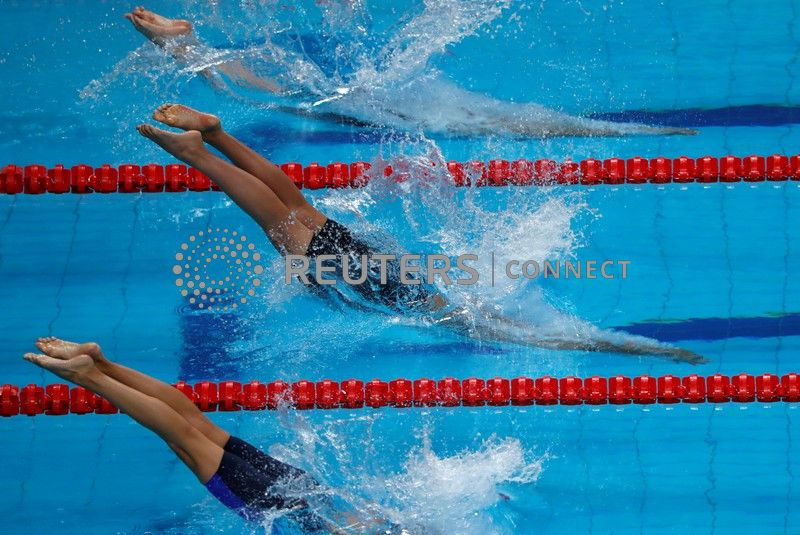 BERLIN (Reuters) – FINA on Tuesday allowed athletes to take part in independent competitions in a bid to settle a financial dispute, but the world swimming federation said results from those events will require its approval to be considered as official.

FINA has been under growing pressure from competitive swimmers, including Britain’s Olympic and world breaststroke champion Adam Peaty, who are demanding a bigger financial share from the revenues the sport generates.

“FINA acknowledges that swimmers are free to participate in competitions or events staged by independent organisers, namely entities which are neither members of FINA nor related to it in any way,” FINA said following a meeting with national federations.

“Any independent organisers which intend to have the results and records of any competitions or events duly registered with and acknowledged by FINA shall cooperate with or seek approval from FINA or from any relevant member federation,” it said.

Three world class swimmers — three-times Olympic gold medallist Katinka Hosszu of Hungary and U.S. world champions Tom Shields and Michael Andrew — filed a lawsuit in the United States last month challenging what they allege is the monopoly FINA has over the control of international competitions.

The lawsuit comes after a swim meet organised by the privately-controlled International Swimming League (ISL), which is led by Ukrainian energy tycoon Konstantin Grigorishin, was cancelled last month after it was considered as “non-approved” by the Italian swimming federation.

FINA says it has consistently increased prize money for athletes at its events such as the short and long course world championships and the swimming World Cup.

“However, this participation should respect the frame of sport structure. FINA’s business is not to punish athletes, although if the FINA rules are not met, the results of the competition will not be recognised by FINA.”