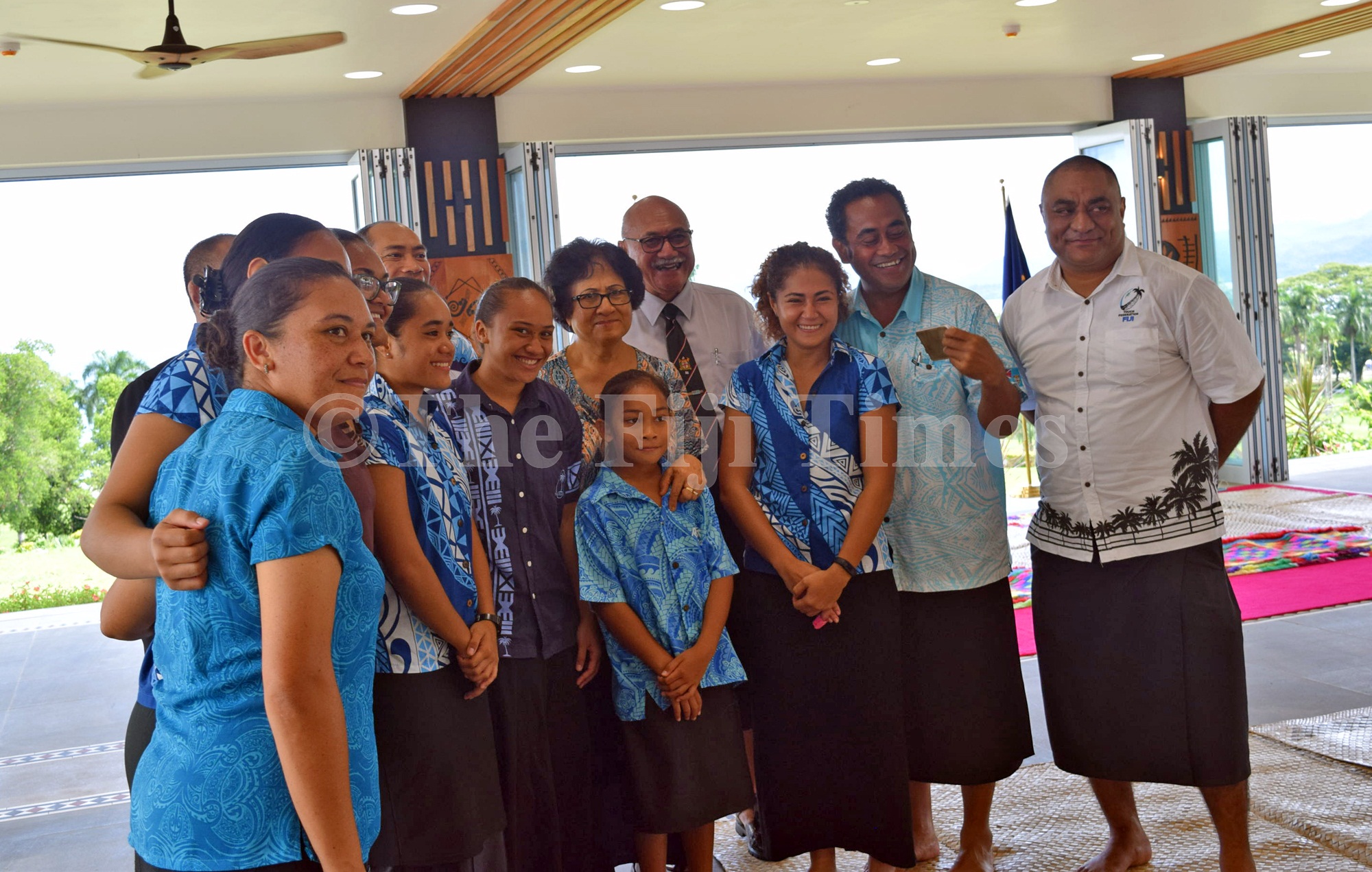 President Jioji Konrote with First Lady Sarote pictured with members of the Fiji Touch Rugby team after the i-tatau ceremony at the State House in Suva on Monday, April 15, 2019. Picture: VENINA RAKAUTOGA

THE Fiji Touch Rugby team will be leaving our shores later today to represent the country at the 2019 Touch World Cup in Kuala Lumpur, Malaysia.

The national team was accorded a farewell service at the Raiwaqa Methodist Church in Raiwaqa yesterday.

Fiji Touch Rugby president Josua Satavu said the team was blessed with a sermon delivered by the Rev Sekaia Ratumudu.

“It’s an uphill battle for all six categories as they face off against bigger nations (Goliaths) but the team has done all the preparations including financial and will continue to look to God along with all their preparations to date,” said Satavu.

“We would like to acknowledge all those who have helped us including Hookah Rugby for sponsoring team Fiji and it’s the first time an organisation has outfitted an entire team to an international event,” he added.

Over 30 men’s team manager Manasa Vakuruivalu said the six teams were prepared for the international tournament.

“Our bags are packed and all teams are ready for this tournament, our preparations have finished, our months of training have finished and we are set to go,” said Vakuruivalu.