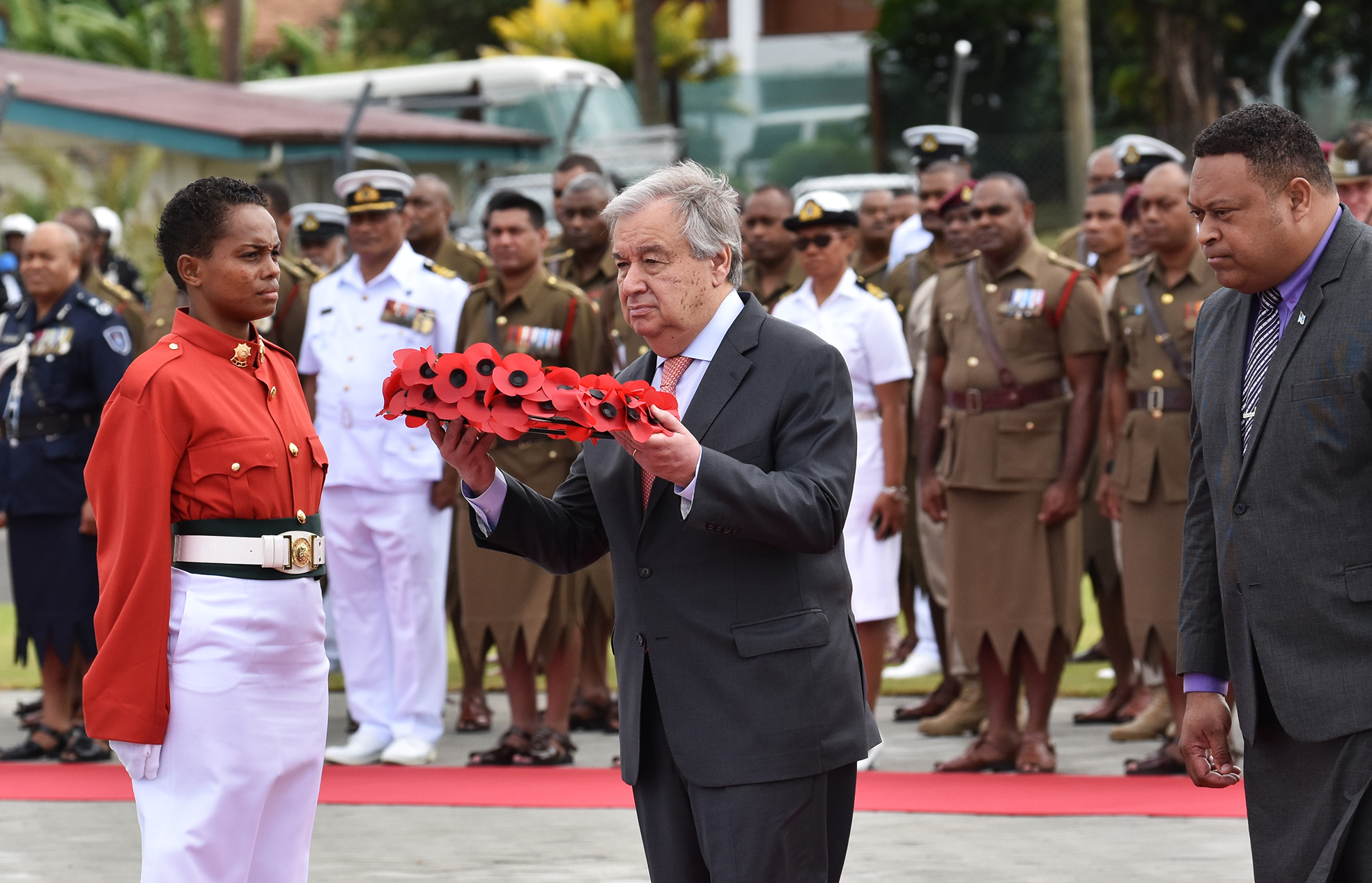 United Nations Secretary-General António Guterres officiates at the laying of the wreath ceremony while Private Sulueti Patricia looks on, at the National War Memorial Site in Nasese on Thursday, May 16, 2019. Picture: JONACANI LALAKOBAU

During a joint press conference with Prime Minister Voreqe Bainimarama yesterday, Mr Guterres expressed his deep appreciation to Fiji for its other contribution to the work of the UN.

He said Fiji was a steadfast contributor to UN peacekeeping.

“Fiji is the first Pacific Island country elected to the Human Rights Council. And Fiji is a leading voice globally for upholding the protection of refugees,” he said.

“The New York Declaration on Refugees and Migrants was adopted during Fiji’s chairmanship of the General Assembly. Thank you for your stewardship.

“The coming years will be a vital period to save the planet and to achieve sustainable, inclusive human development. “I commend Fiji for taking on these global responsibilities with courage and conviction,” he added.

Mr Bainimarama said Fiji would continue to answer the call to serve the UN peacekeeping operations in conflicting zones around the world.