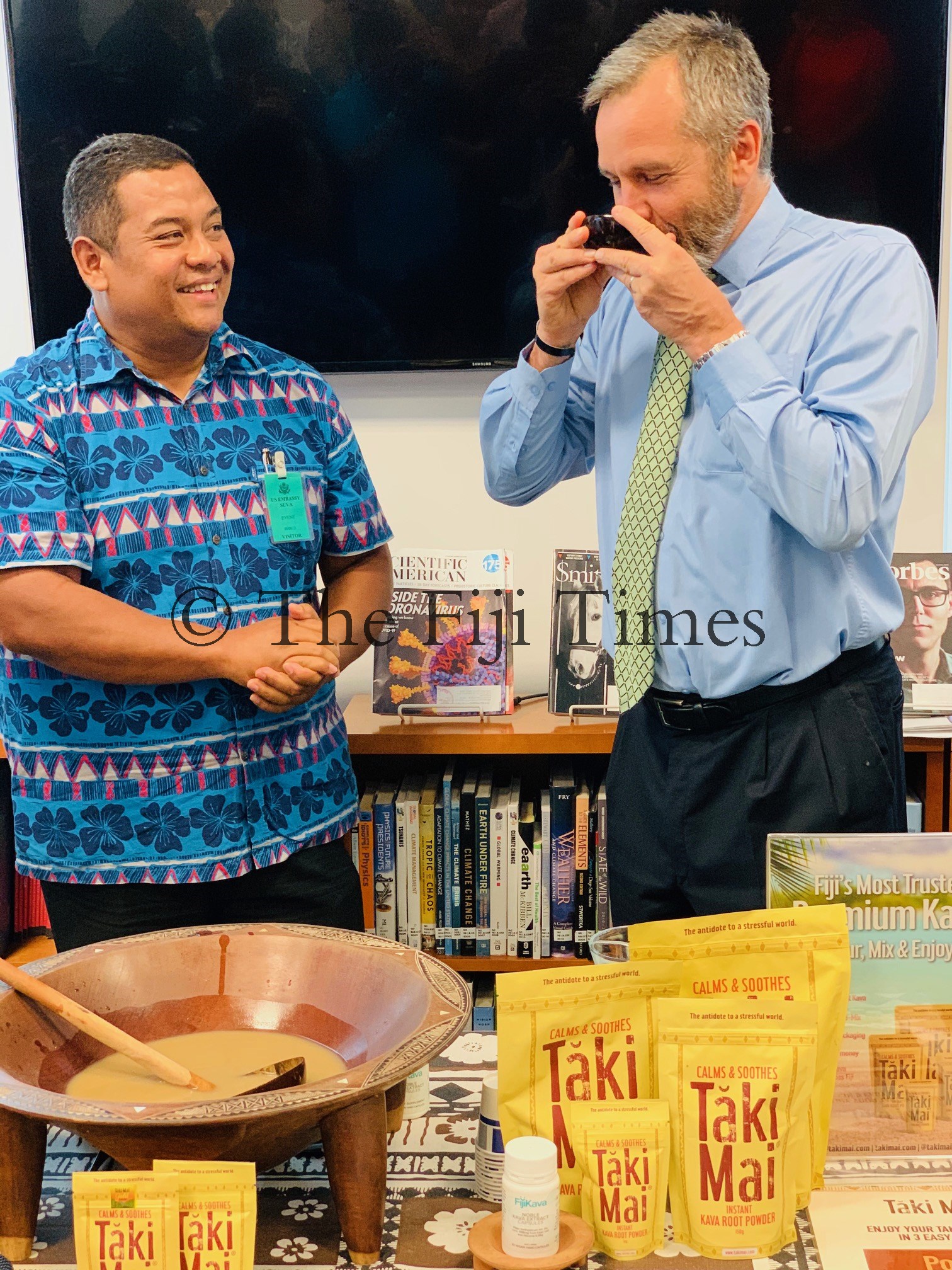 Fiji’s kava export market is growing with the United States being one of the largest, earning the country about FJ$32million from kava exports last year.

United States Ambassador to Fiji, Kiribati, Nauru, Tonga and Tuvalu Joseph Cella said the interest of kava beverages was growing in the USA, especially as most of the drinkers were looking for the health and nutrition aspect of it.

He made this comment at the Forward Kava workshop that is focused on what the U.S consumers wanted when it came down to kava and how their technology could help them meet the demands.

“This is really an extension of what we launched on May 19, bringing all sectors, segments and strata together during the challenge of the pandemic and having a dialogue spotting opportunities out of the challenges that exist,” Mr Cella said.

“Building on the great trade lanes that exist between Fiji and the United States of America that are really rooted in our long historical ties, that go back before WW1,” he said.

He said it was the embassy’s work to build and augmenting bridges, which already existed as part of the trade.

There were reported to be around 180 kava bars in the US.