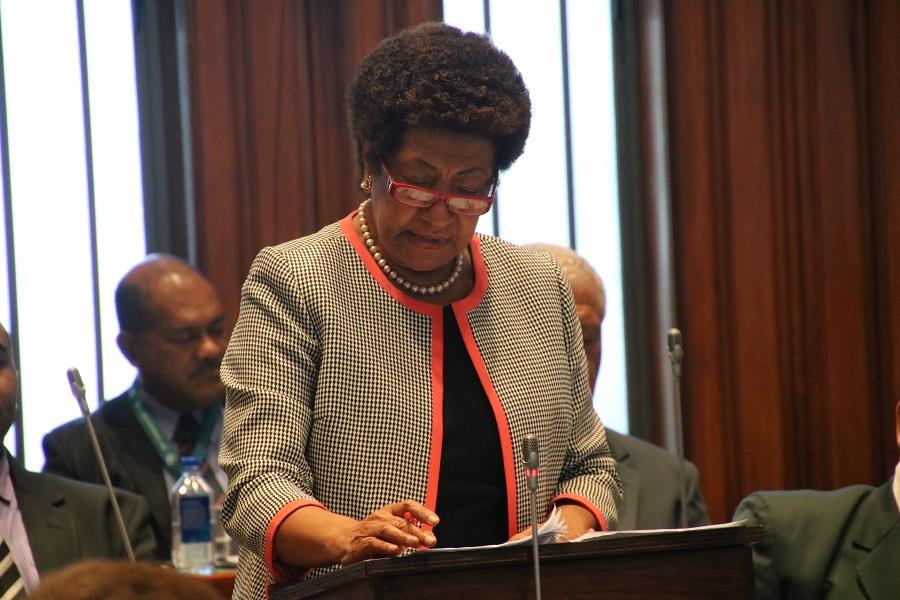 THE Education Ministry is in a “state of crisis”, claims Opposition spokeswoman for the Ministry of Education Ro Teimumu Kepa.

In a statement issued yesterday, Ro Teimumu claimed problems of the “accident-prone” Education Ministry had been compounded by the mess-up over payment of salaries for about 1000 teachers.

“There is a suggestion the mess is related to the processing of contracts,” she said.

“Surely, the additional workload involved should have been anticipated and adequate resources assigned to ensure no disruptions to the processing and payment of wages.

“While the problem will no doubt be fixed eventually, what of the stress and trauma caused to families who survive from one pay cheque to another?

“The lack of transparency and accountability by this Government will see yet another example of incompetence and inefficiency swept under the carpet. The people will never know the truth.

“This Government is quick to take credit for everything it can, supported by photos galore in their favoured newspaper.

“But when there is a big problem, as there often is, no one steps up and takes responsibility or apologises to the people affected.

“As a general observation I see this ministry as being in a state of crisis with leaders refusing to comment.

“The same applies to the minister.

“The ‘no comment’ response indicates a lack of accountability and it also tells the public that things are not right internally.”

Ro Teimumu claimed the absence of official comment suggested that the so-called leaders of the ministry had not received further instructions from “the top” to be able to issue further comments.

Questions on teachers’ contracts, postings, availability of textbooks and E-ticketing card top-ups were sent to Education Minister Rosy Akbar on January 4, 8, 15, 22, 23 and 25 by this newspaper but a response was yet to be received.

This newspaper also made an attempt to get a comment from the ministry’s permanent secretary, Alison Burchell, on teachers’ salaries and other issues relating to education on January 24 by paying a visit to the ministry’s headquarters, but was refused an audience with her.