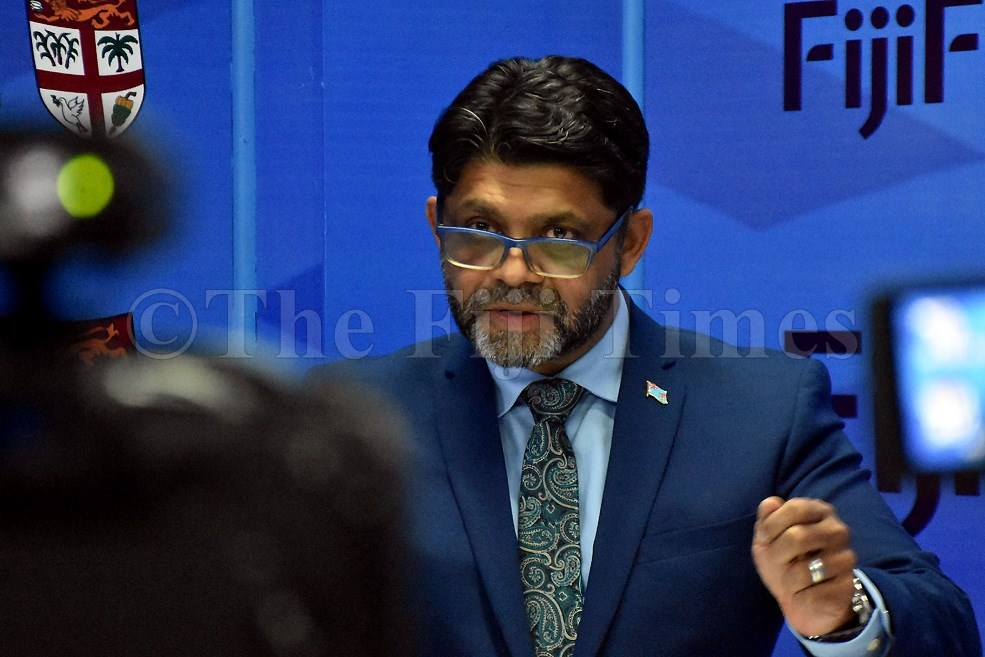 Attorney-General and FijiFirst party general secretary Aiyaz Sayed-Khaiyum says unlike other political entities, they are an inclusive organisation when it comes to inviting media representatives to press conferences.

“I also want to say unlike other political parties, we don’t stop any media organisation from coming to our press conferences,” he said during a media event on Sunday afternoon.

“I understand that when NFP (National Federation Party) had the announcement of their candidates on Friday, they stopped two media organisations — Fiji Sun and FBC. We don’t do that.

“We do get questions from The Fiji Times right at the eleventh hour, asking us questions. “We of course sometimes cannot do that, in particular when we’re sitting in Parliament.

The A-G, however, said they would not necessarily respond to “tick the box”.

“The other point of course is that, as we said previously, we are not here to simply fill in the blanks.

“If people are wanting to just tick a box so they can say that they spoke to us but not actually take anything that we say on board, or they have already written half the story or three quarters of the story and want to say that they spoke to somebody from the Government side just to tick that box — obviously we will not necessarily take their questions very seriously.

“But we are here to answer any of those questions and if you do want to ask those questions, you need to send it to us in a timely fashion, in particular sending us written questions then we can respond to them.”

Meanwhile, The Fiji Times editor-in-chief Fred Wesley said the A-G had been mostly unresponsive to questions sent by reporters from this newspaper. Some emailed questions sent several months ago remained unanswered. He welcomed the effort now to respond to questions asked of the Government, and said it was a positive development.

He said the newspaper always strived to disseminate information that was accurate, fair and balanced.