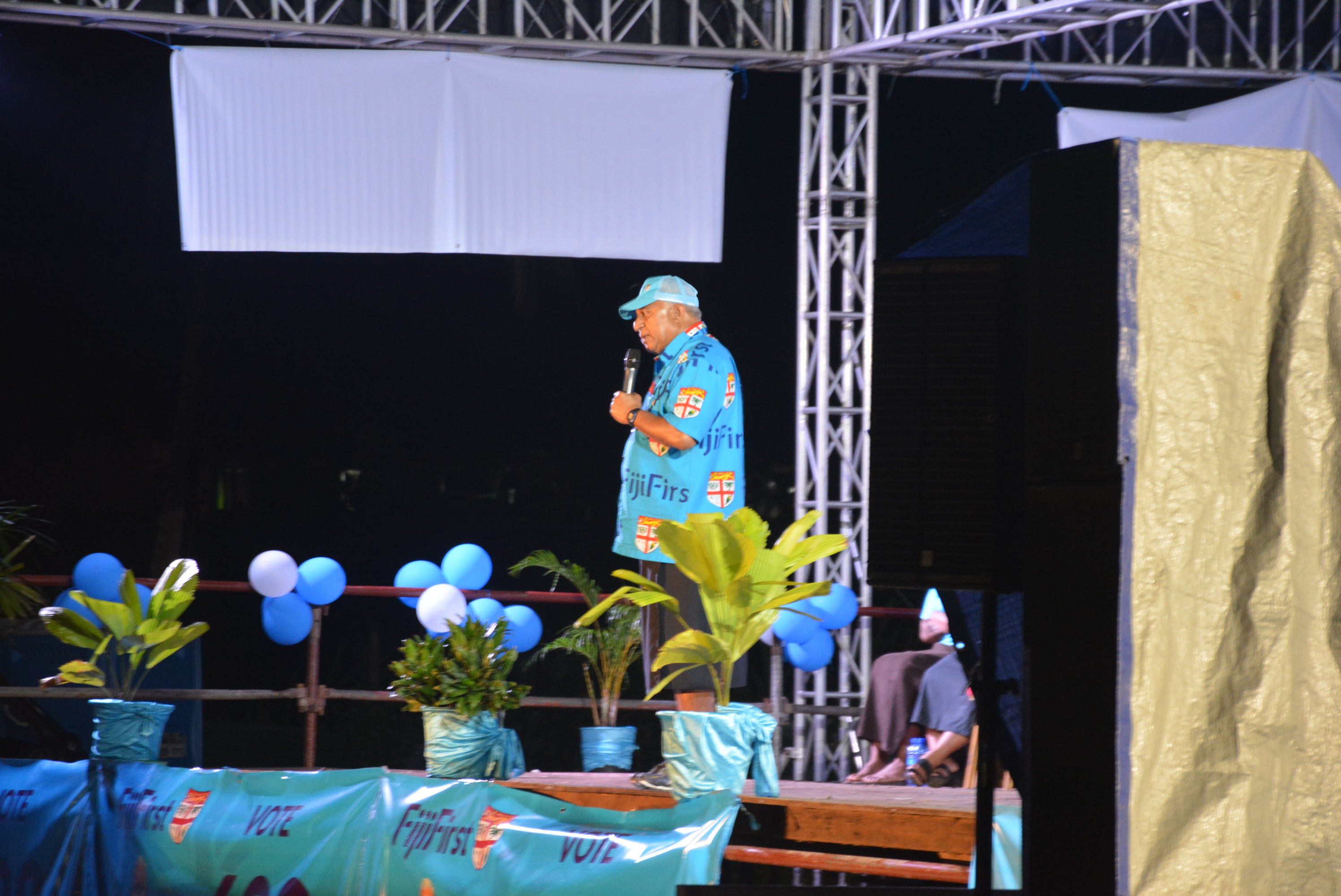 FIJIFIRST party leader, Voreqe Bainimarama has urged the candidates contesting the 2018 general election under their party banner to refrain from manipulating people during campaigns.

Speaking at the party’s fun day in Valelevu in Nasinu last night, Mr Bainimarama said if candidates were entertained to lie to people during campaigns then no doubt they would do the same in Parliament.

“I always tell my candidates never lie to people during your campaigns because I don’t liars in my party. I am the only leader that will not lie to you,” said.

Candidate, Veena Bhatnagar said FijiFirst party is for everyone in this nation despite their background.