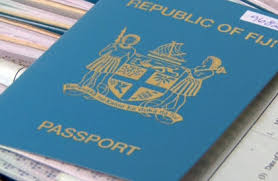 FIJIANS who have applied for new passports would soon receive it, says permanent secretary for the Office of the Prime Minister Yogesh Karan.

In an interview yesterday, Mr Karan said the Immigration Department never ran out of passports, but was prioritising the applications as they waited for the new set to arrive from Germany.

“As we speak, the passports are ready and are in Germany,” he said.

“Those who applied for the new passports would soon receive it and we appreciate the peoples’ patience over this matter.

“We are still rolling out the new ePassports and were issuing the passports (books), but to those who had urgent family matters to attend or those who needed it on medical grounds.”

He visited the immigration office in Labasa where he was briefed about issues affecting the North.