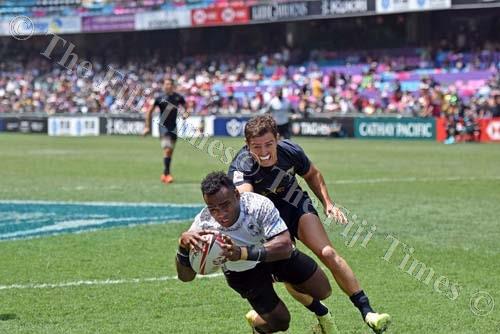 Our national sevens rugby team ran in six tries against the opposition’s two to keep the team’s hopes alive for another victory at Happy Valley.

Baber said it was the start they wanted.

“It was a good start and we played just like we wanted to start our day,” Baber said.

“”I couldn’t have asked for more from the boys and we now look forward to the next game.”

Olympians Samisoni Viriviri, Semi Kunatani and Vatemo Ravouvou were the try scorers for Fiji in the first half to lead 19-0.

Though his first tournament in the series this year, Kunatani otherwise known as “The Beast” was leading the try scorers’ list with five tries to his name.