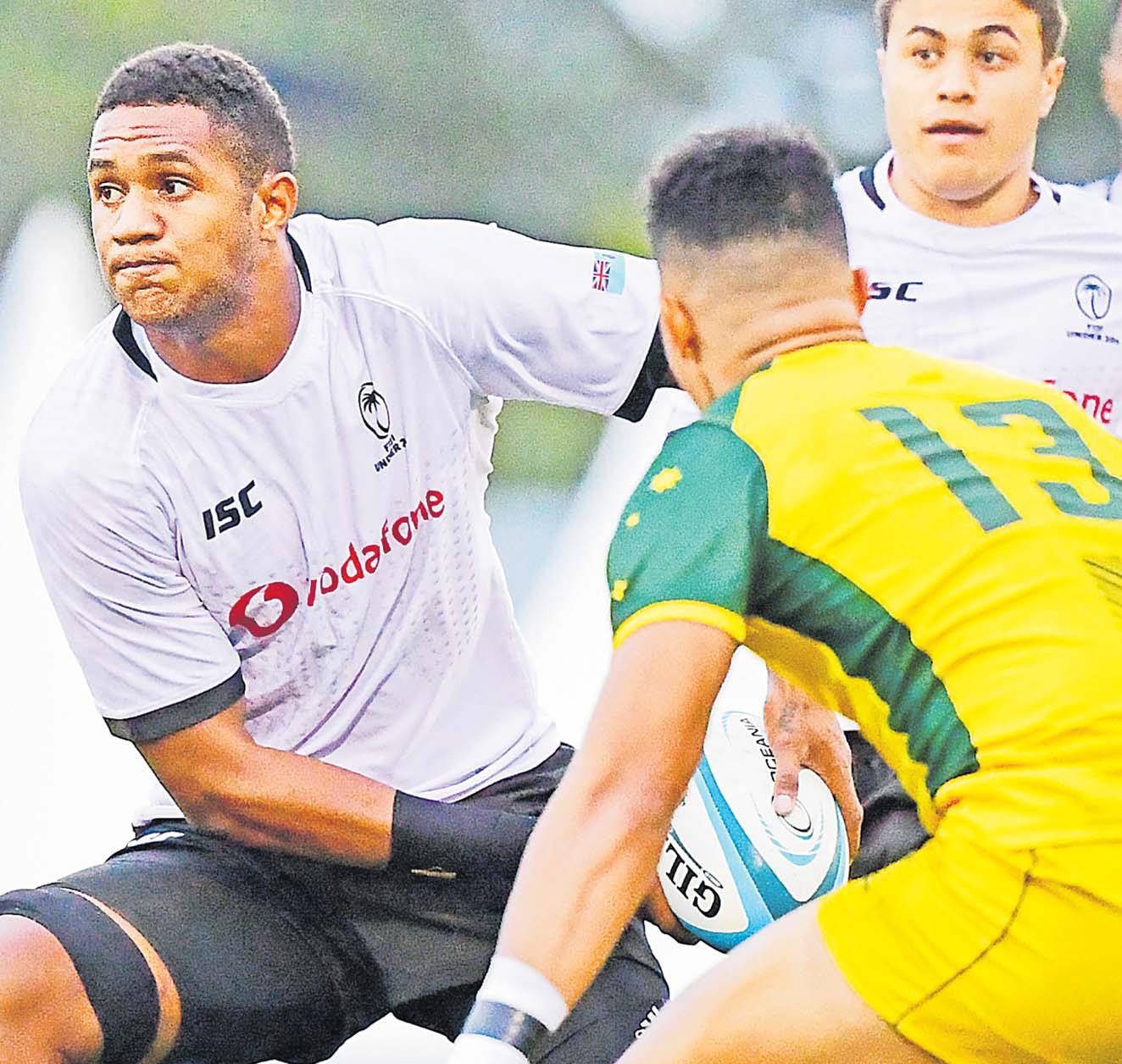 THE Fiji U20 side lost its second match in the 2019 Oceania U20 Championship after they went down to Australia 16-0 in a tough and bruising encounter at the Bond University ground in Gold Coast, Australia last night.

The Fijians were unlucky as they had a number of chances to score tries but were unfortunate.

However the team put on a better performance in their second game despite the loss.

“We are here to learn and play hard island rugby,” said coach Kele Leawere. Both sides tussled for territory early with a lot of hard contacts and plenty spilt ball in the first 20 minutes for both sides.

Fiji had an opportunity to score points yet missed three crucial penalties which could have given them the potential lead in the match.

Unbroken play saw the Fijian flair come to life at times with impressive breaks from blindside wing Osea Natoga and barnstorming runs down the middle of the park from inside centre Veresa Ramototabua, unfortunately failing to materialise into points.

Australia scored the only points of the first half off a five metre scrum putting lock forward Michael Wood crashing over to the right of the uprights on the 24th minute with skipper and scrum half Ben McDonald adding the extra’s.

Aussie hooker Joe Cotton was yellow-carded for a late hit on Kuruvoli at the beginning of the second half.

Fiji forced the respect of the Junior Wallabies in the second spell with Aussies choosing to go for the three points instead of the try due to Fiji’s outstanding defence Aussie skipper McDonald added three penalties, the only points of the second half to seal the game for the home team by 16-0.