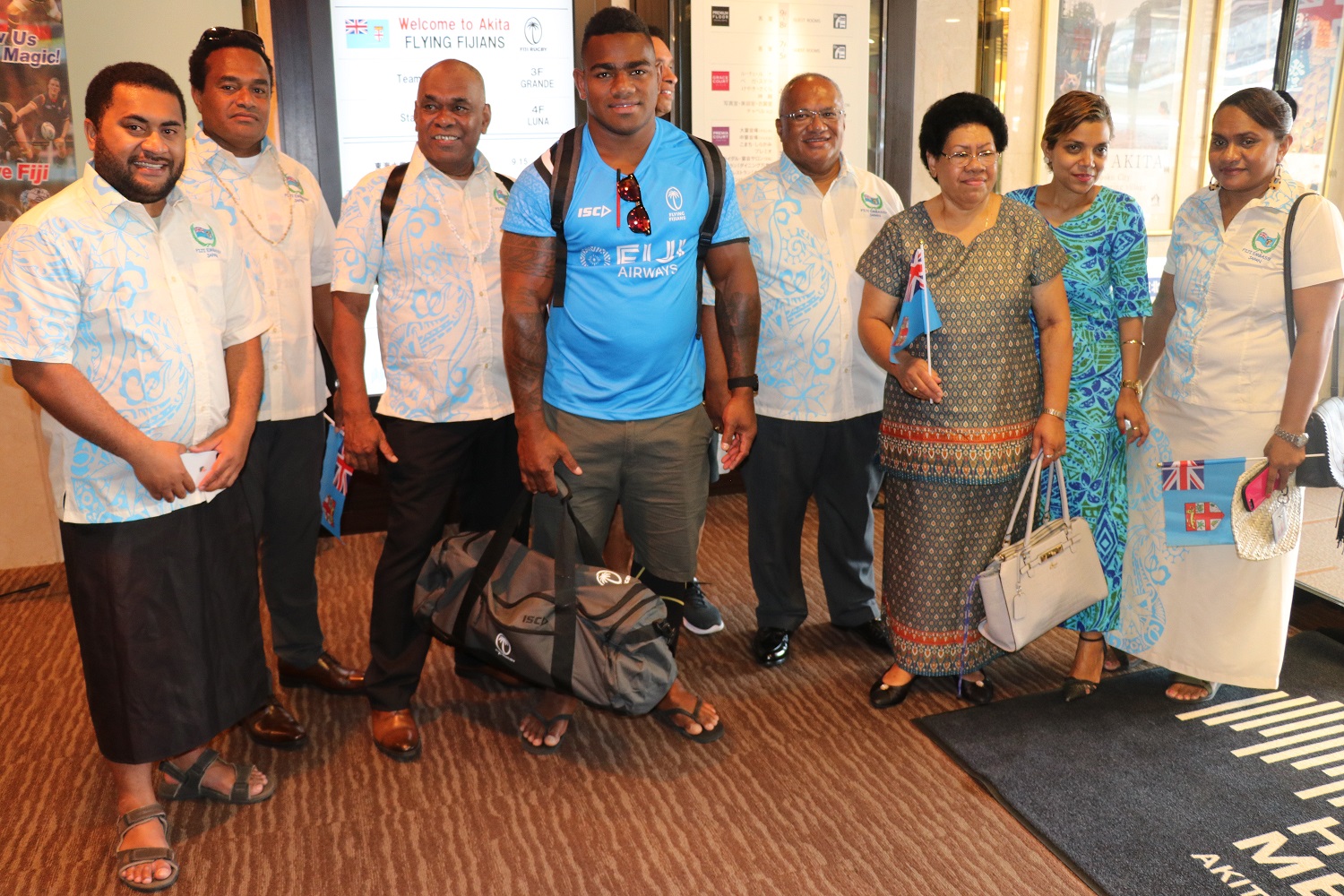 THE Fiji Airways Flying Fijians team arrived in Akita City, Japan, yesterday in the lead-up to the start of the Rugby World Cup 2019.

The city will be the base for the John McKee-coached squad for the next 13 days before the RWC opening.

Fiji plays Australia on September 21, a day after the opening.

The team stayed overnight in Tokyo after leaving Fiji on Friday night and took a one-hour domestic flight from Haneda Domestic Airport to Akita City.

Upon arrival at the team hotel, Hotel Metropolitan, the team was met by the deputy mayor of Akita City Ishii Syuetsu and students from the Echo Junior Rugby Club in Akita.

The team was joined by Gareth Baber and Fiji 7s team manager, Jone Niurua, who are in Akita City where the Fiji 7s team will be training before the Tokyo 2020 Olympic Games.

Flying Fijians captain Dominiko Waqaniburotu led the team off the bus to meet Syuetsu, followed by the players and the management team.

The liaison officer for the team is former Flying Fijian Setareki Tawake who has been living in Japan for more than 14 years.

The team was also met by Fiji’s ambassador to Japan, Isikeli Mataitoga and staff of the Fiji Embassy.

The team had a training session yesterday afternoon and visited the Fijian Village Expo in the city.