Fijians in the British Army applauded for their dedication and sacrifices 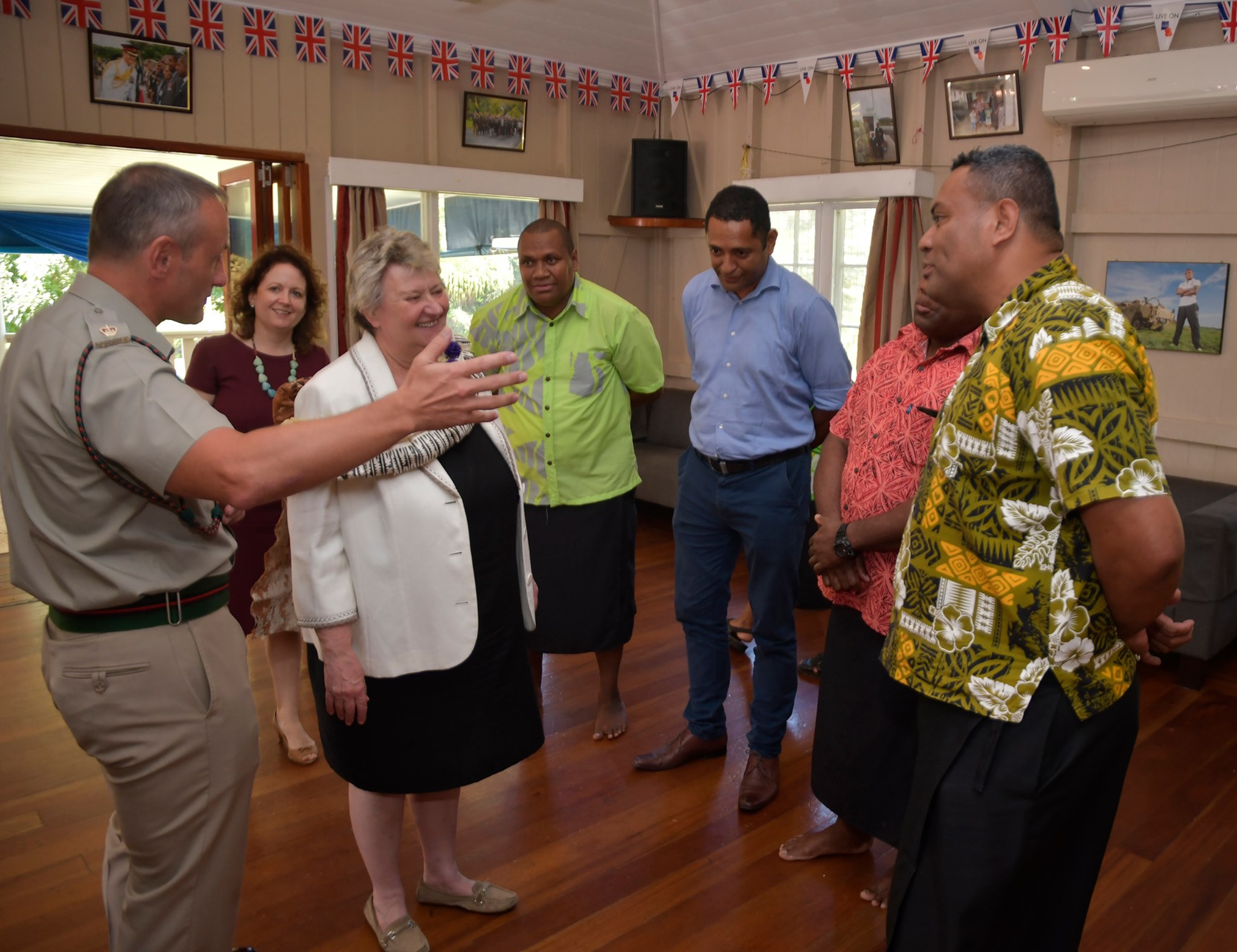 The UK's Foreign and Commonwealth Office’s (FCO) new Minister of State for Asia and the Pacific, Heather Wheeler is being introduced to former British Army soldiers. Picture: SUPPLIED

FIJIAN peacekeepers in the British Army have been praised for their sacrifices and dedication towards serving in the army.

The United Kingdom’s Foreign and Commonwealth Office’s (FCO) new Minister of State for Asia and the Pacific, Heather Wheeler highlighted this today.

Ms Wheeler who was accorded a traditional welcoming ceremony at the Royal British Legion headquarters met with the Fijians and their families who have served for the British Army and expressed appreciation to Fijian peacekeepers.

The families of the former British Army were grateful to have the opportunity to meet with Ms Wheeler who was accompanied by the British High Commissioner to Fiji, Ms Melanie Hopkins and share their personal stories for their contribution through British Army.

The UK Minister is currently on an official visit to Fiji to strengthen the existing collaboration and broaden opportunities for socioeconomic development exchanges.