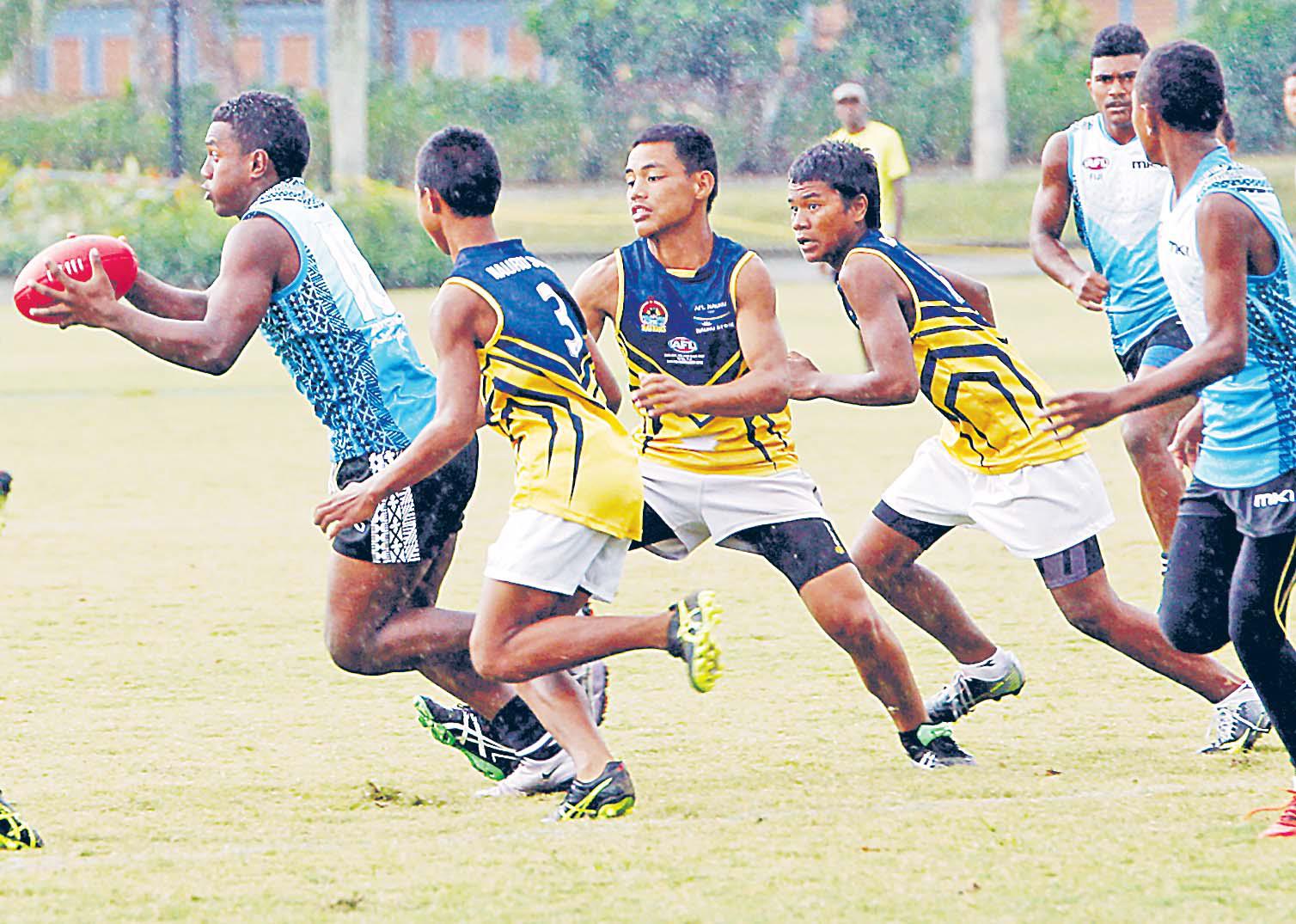 Kaminieli Lutumailagi on attack for the Tribe U15 Fiji team against Nauru in the 2018 Oceania AFL last week. Picture: ATU RASEA

FIVE Fijian players have been selected to be part of the South Pacific U16 talent camp to be held in Lismore, NSW from April 6-10 next year.

After a big year travelling around Papua New Guinea, Vanuatu, Fiji and Nauru as well as hosting the Oceania Cup in Fiji, 25 players are super excited to take part in the South Pacific talent camp in 2019.

The camp will also be part of the Gold Coast Suns U16 Academy Championship where the South Pacific Team will take on the North QLD Kookuburras, Gold Coast North and Gold Coast South Regions.

This is the second step in the South Pacific talent pathway for these young men and they are eager to showcase their talent in Australia.

Development coaches will be announced next year.