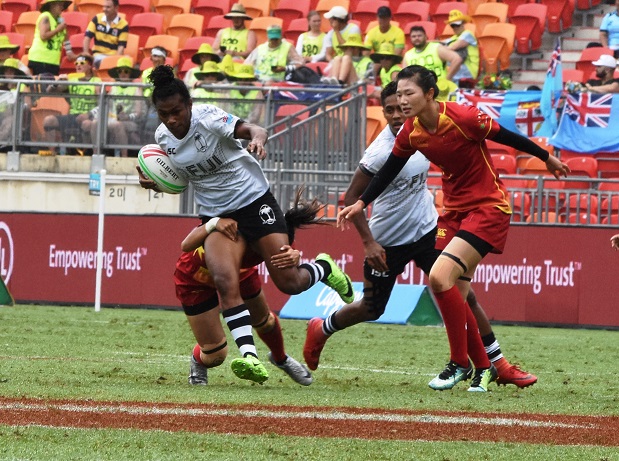 THE Fijiana Fiji Airways team lost all their pool games at the HSBC France Women’s Sevens in Biarritz, France.

The Fijian side is pooled with USA, France and China in Pool C.

France gave the home crowd plenty all the reasons to cheer with a 29-0 victory over Fiji with Carla Neisen scoring a double with captain Fanny Horta marking her 30th tournament with her 49th series try.

Fiji, bidding to retain their core team status for next series, took the battle to the Women’s Eagles Sevens and led twice after tries from Vasiti Solikoviti and Raijieli Daveua only for the USA to come back.

Fiji looked to have the winning try when Daveua broke, but Doyle chased her down and knocked the ball away with the line beckoning and USA escaped with a 14-12 win.

China’s core team status was riding on their final pool match with Fiji, lose and they were relegated from the series, win and a first quarter-final of the season awaited them.

Tries by Chen and captain Yan Meiling gave them the perfect start, but Fiji came back through Ana Maria Naimasi and Asinate Savu to lead 14-10 as the clock ticked down.

China, though, found another try through Lyu Hewen to lead 15-14, Fiji losing Savu to a red card for her dangerous tackle in trying to prevent the try.

China held on for their first pool victory of the season.