Fijiana side lose out on Challenge trophy final 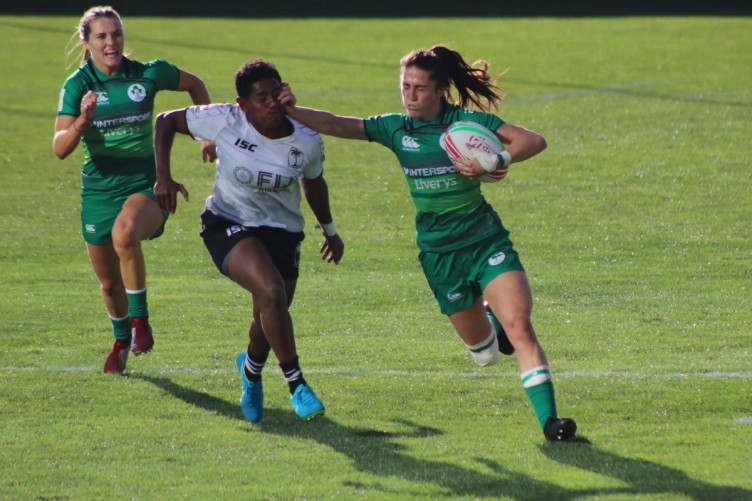 Action between Fijiana and Ireland earlier in the tournament. Picture: SUPPLIED/WORLD RUGBY

THE Fiji Airways Fijiana side lost the Challenge trophy final 20-14 against Spain at the Glendale 7s in USA this morning.

Baleca was later sin binned for a deliberate knock on.

Meanwhile, the New Zealand Black Ferns Sevens have made the perfect start to the World Rugby Women’s Sevens Series defending their title to win the USA Sevens in Glendale, Colorado.

They thumped hosts USA 33-7 in the final.

NZ 7s: Fijiana off to a great start