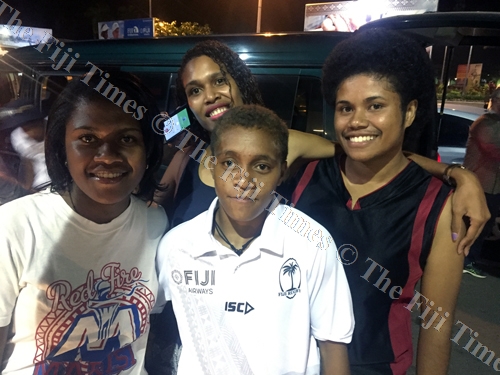 THE Fiji Airways Fijiana team’s main goal is to remain as one of the core teams of the HSBC Women’s Sevens Series. The Fijiana are in tenth position in the 2017-2018 Women’s 7s Series with one tournament remaining.

The Iliesa Tanivula coached team has a topsy-turvy season with some close losses against favourites Australia and England, but their campaign has been marred by injuries to senior players.

Fijiana finished eighth in the Canada 7s in Langford last weekend going down to England in the play-off. The side had earlier defeated England in the group stage.

Tanivula said they held a team meeting with the goal to remain in the top ten.

We need to keep nudging ahead,” he said.

“It is in everyone’s mind that we have to maintain our direct entry into the next season.”

Fijiana went down to Australia 21-5 in the quarter-finals. Tanivula said the girls played well, but the result was disappointing at the end of the tournament.

“On the first day they did very well,” he said.

“We left for Canada early and spent couple of days acclimatising to the conditions. This helped a lot.”Playing in the pool against England, Brazil and New Zealand they showed a lot of energy until the end.

“The team got depleted as one of the girls got sick and a few others copped injuries. So they were really up against it.

“In the World Series you need all the 12 players performing on the first and the second days.

“The new girls did well and made a positive impact. It was an experience and an opportunity for them going forward with the World Cup coming up.”

The France 7s will be played from June 8-10 followed by the World Cup from July 20-21 in San Francisco, United States.

Tanivula said they were one tournament away from the World Cup and he had in mind the core players who would be going there.

“It is just to get them fitter and stronger,” he said.

“Fitness has been a huge improvement and it has showed in their recent performances as they have stepped up another level.

“They will get a break now until Tuesday and there will be about ten days training before we head to France. The short turnaround takes a toll on the players but we have to maintain consistency.”