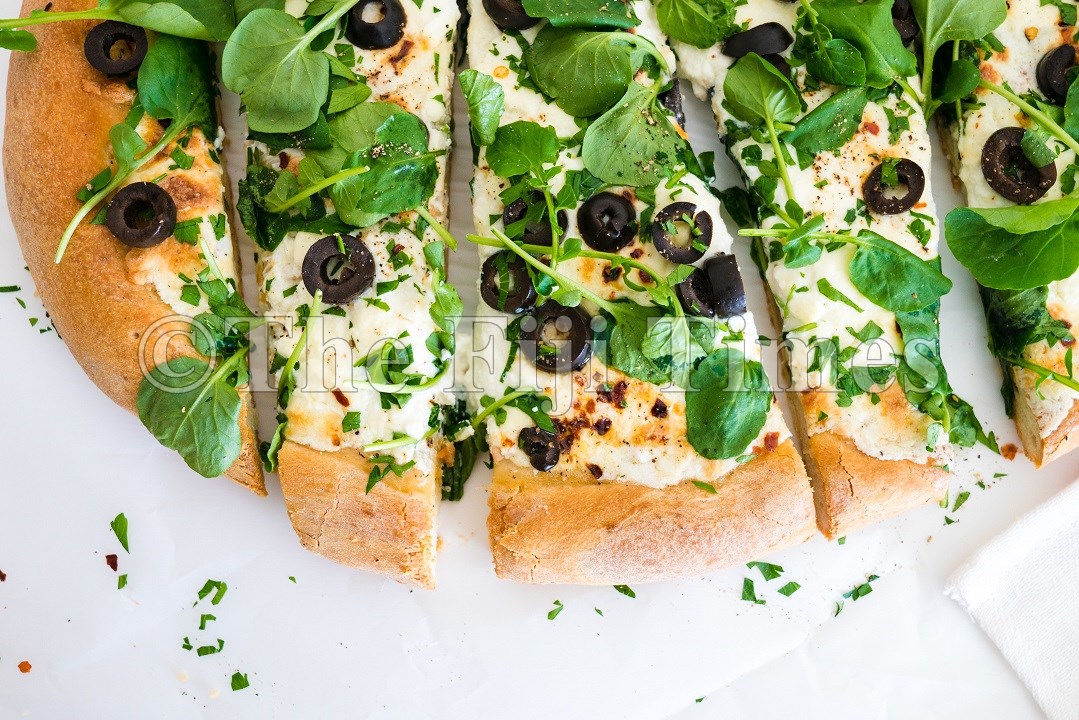 Once your pizza is cooked, add raw watercress to the topping. Picture: LANCE SEETO

Chef Lance Seeto’s home cooking TV series has returned to the airwaves in a timely season that promotes local superfoods to boost our health in the battle against viruses and disease.

The term ‘superfood’ is a relatively modern one, but it is a category reserved for fruits and vegetables that are high in essential vitamins and minerals.

Watercress has been revered since ancient times as a health-giving vegetable and so meets these criteria of a superfood and is grown alongside rivers and waterways in parts of Fiji.

The Greek physician Hippocrates, the father of modern medicine deliberately established his hospital alongside a river to ensure his patients had a constant, fresh supply of watercress.

He lived until he was 90, a pretty remarkable achievement today but back in 350 BC when he died, even more so – clearly there must be something in his convictions about watercress.

While there is no official definition for a superfood, it is generally defined as a nutrient-rich food considered to be especially beneficial for health and well-being.

This most definitely describes watercress!

More than fifty reasons to eat it

Watercress is one of the most nutrient-rich foods naturally available containing over 50 vital minerals and vitamins. Yes, fifty! Gram for gram it contains more vitamin C than oranges, more vitamin E than broccoli, more calcium than milk and more folate than bananas. It also has high levels of iron, which, thanks to the large volume of Vitamin C, is better absorbed by the body than the iron in many other vegetables. Added to this, watercress also contains a wonderfully wide range of natural, bio-active plant compounds called phytochemicals for which there is increasing evidence of the beneficial effects on human health. Watercress is the multi-vitamin you can eat with a fork. Two cups of watercress contain only seven calories but have 1.6 grams of protein, 212 per cent of the RDA of Vitamin K, 48 per cent of Vitamin C, 44 per cent of Vitamin A, as well as calcium, manganese, potassium, Vitamin E, thiamin, riboflavin, Vitamin B6, magnesium and phosphorous. 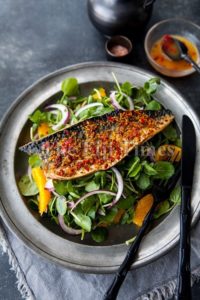 A staple vegetable in Ancient times, watercress was enjoyed by the Romans to prevent baldness, the Pharaohs to increase vigour, and in Crete, the leafy greens were thought to be an aphrodisiac. Commercial production methods were developed by market gardeners outside London, England, in the 1800s. The demand for watercress continued through World War II when eaters were encouraged to grow and forage as much of their own food as possible, and many soldiers out in the field were given watercress as a long-lasting sustenance for their enduring walks. But after that, English eaters lost their taste for the leafy green vegetable, perhaps because it reminded them of poorer days during the war. Watercress was relegated, like parsley, to the category of a garnish, a sprig served on the side of the plate for a splash of colour and nothing more. However, in the past decade, watercress’ strong nutritive properties have pulled watercress back into favour with health-conscious eaters and chefs. It packs so much punch that it has been grown commercially overseas and is now included in health drinks, salads and supplements. 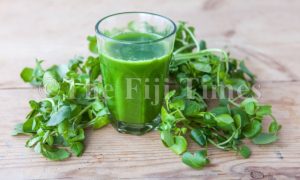 Blending watercress with apples
and cucumber is a good way to
eat it. Picture: LANCE SEETO

Watercress is a dark green, leafy succulent plant. It is part of the cruciferous family, also known as the mustard family, along with kale, broccoli, arugula and Brussels sprouts, and shares their peppery bite. The pungent, spicy and peppery taste is actually a defence mechanism of the plants against being eaten that is activated by the action of chewing. When shopping for watercress, look for emerald green plants without a lot of yellowing. Mature plants go to flower, casting off four white petaled blooms. At this point, the greens are too mature to be eaten raw in salads but could still be used to cook with. Watercress
is still not so common in Fiji so you do have to search for it. Better still, grow it at home. 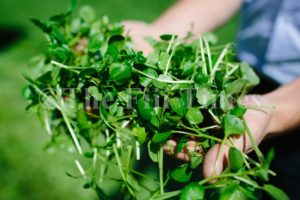 As its name suggests, watercress
is grown near rivers and waterways.
Picture: LANCE SEETO

Watercress can be grown in the home garden or containers as long as it is provided with an ample amount of water. Home gardeners should take advantage of naturally damp areas, such as near rivers, boreholes or wherever there is fresh rainwater. The extra  drips and rainfall that these areas receive give
the plants the moisture they need and helps utilize the precious water that would otherwise be underutilised. While wild watercress has a limited season, hydroponically grown plants could be cultivated year-round. 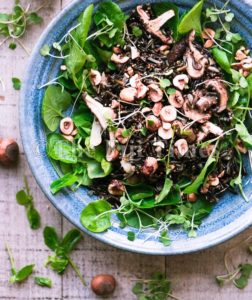 How to use watercress

Once clean, watercress is easy to toss into a salad, quick stir fry or stuffed into a sandwich. Watercress is a natural match for richdishes with a good bit of fat that takes the edge off the leaves’ peppery fl avour including red meats, duck and goat. In the next episode of Exotic Delights, I blend raw watercress in
a tropical fruit slushie, toss it in my Chinese scrambled eggs, and mix it with other healthy nuts and seeds to create a Powerball snack that will keep you energised throughout the day. Its rarity in Fiji makes it a premium superfood, so if you fi nd it buy it and eat it just as it was eaten in Ancient times. This tiny but mighty green sprig from our distant past is now being touted by some as “the new kale.” The future looks bright for cress. 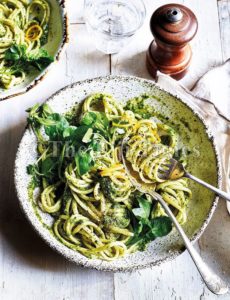