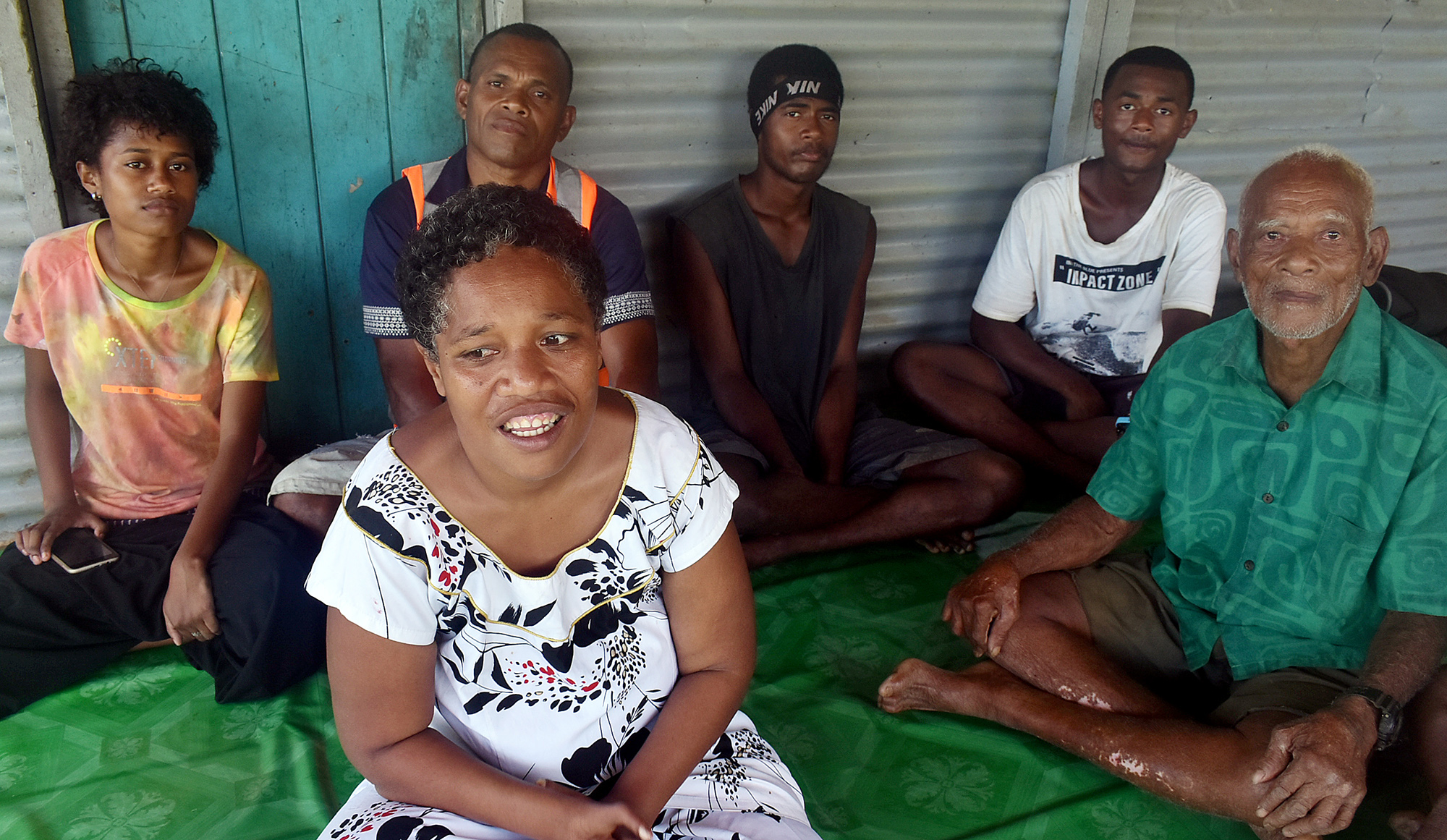 The Bruce family members at their Wailekutu home outside Lami. Picture: ATU RASEA

The stabbing death of a 41-year-old Pacific Australia Labour Mobility worker in Australia has left her family in unimaginable pain as they grapple with news of the tragedy.

Vitorina Bruce died after an alleged stabbing inside a busy Perth hotel on Sunday and Australian police say a 42-year-old man has been charged with the murder.

The mother of five was working in the hospitality sector after securing a two-year contract under the PALM six months ago.

Her daughter Seremana Tikoilautoka could not control her emotions when a team from this newspaper visited her home yesterday.

She said her siblings were still in shock.

“I found out at around 1am on Monday morning,” the 19-year-old said.

“I could not sleep, my chest was heavy with grief and I still cannot accept that she is really gone so I went to the National Employment Centre (NEC) office.

“When I arrived at the NEC office, they confirmed that my mother had died and I couldn’t contain my emotions and cried in front of everyone.”

She said the last time she spoke to her mother was during a video call on Saturday night.

“My mother would always video call and ask about my siblings and advise us to always work hard and pray.

“She called to talk to my younger siblings about their exams and advised them to work hard and pray.

“I did not know that video call on Saturday would be the last time we would talk to her and also see her face.”

“She was our bread winner in this home taking care of my dad, her children and our handicapped younger sister,” he said.

“She would always send money back home to us but now she has passed on and I will have to take care of all her children.”