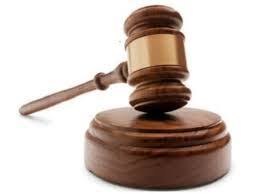 Three police officers in the Northern Division have been ordered by the High Court in Labasa to pay $3000 to a man in general damages for seizing his vehicle.

The officers had said the ownership of the vehicle was disputed and it was held as an exhibit in a case of conversion against Mr Lal.

The court was told a search warrant was not issued to take possession of the vehicle.

“In my judgment, the seizure was wrongful,” said Justice Brito-Mutunayagam.

“In my judgment, the damages awarded is adequate to punish the defendant for their conduct and deter them from repeating it.

“However, he has not taken steps to mitigate his loss.

“He has not made an application for the release of his vehicle in Magistrates Court Criminal Case No 418 of 2018.

“In the circumstances, I decline to release the vehicle in these proceedings,” Justice Brito-Mutunayagam said.