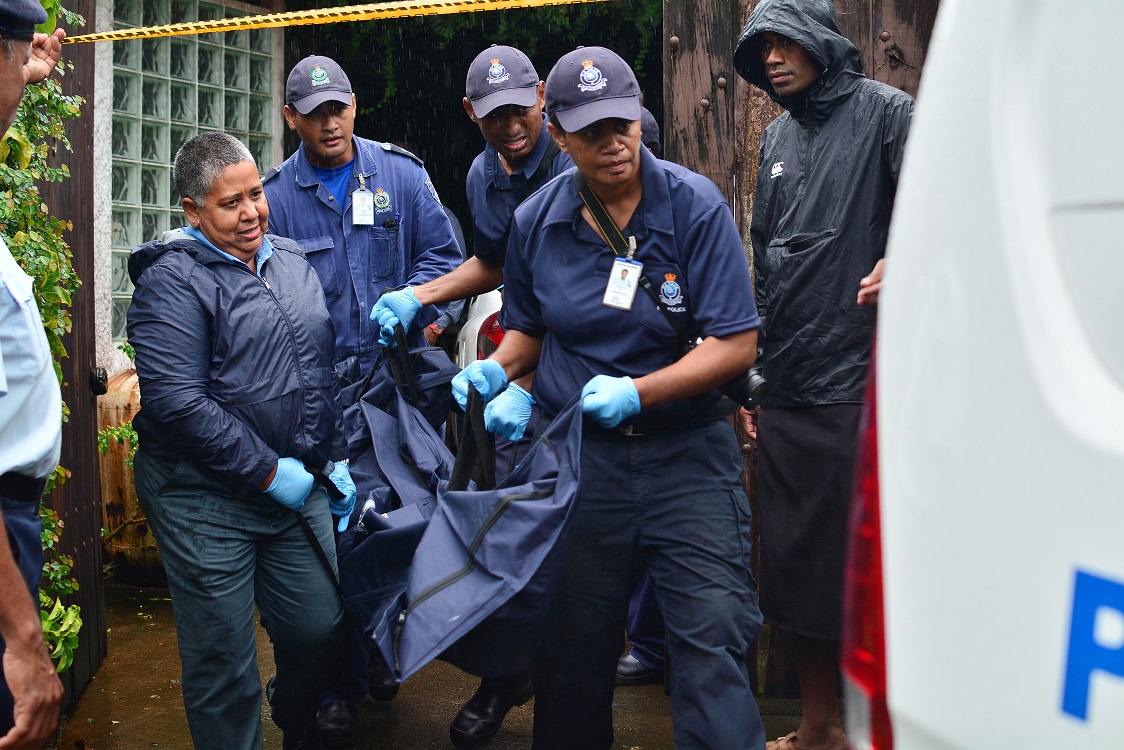 Police officers removing the bodies of the elderly couple who were found dead inside their home in Naqumu St, Lami yesterday. Picture: JOVESA NAISUA

FIJIAN Police will not be making any further comments regarding the case involving an elderly couple whose bodies were discovered by their son inside their bedroom at their Naqumu St home in Lami yesterday morning.

Police spokesperson Ana Naisoro said they would only divulge further information once all necessary processes of the investigation were completed.

Police said a gun was found in the same room as the couple, and they had sought technical advice from the Republic of Fiji Military Forces (RFMF).

It is also alleged the elderly couple had visible injuries on their bodies.

Ms Naisoro had said that incredible information gathered so far from the victims’ family indicates the strong possibility of the case being classified as so.

“However, we must stress that the case will only be classified after the post-mortem examination and once investigators gather necessary expertise statements from relevant professionals.”