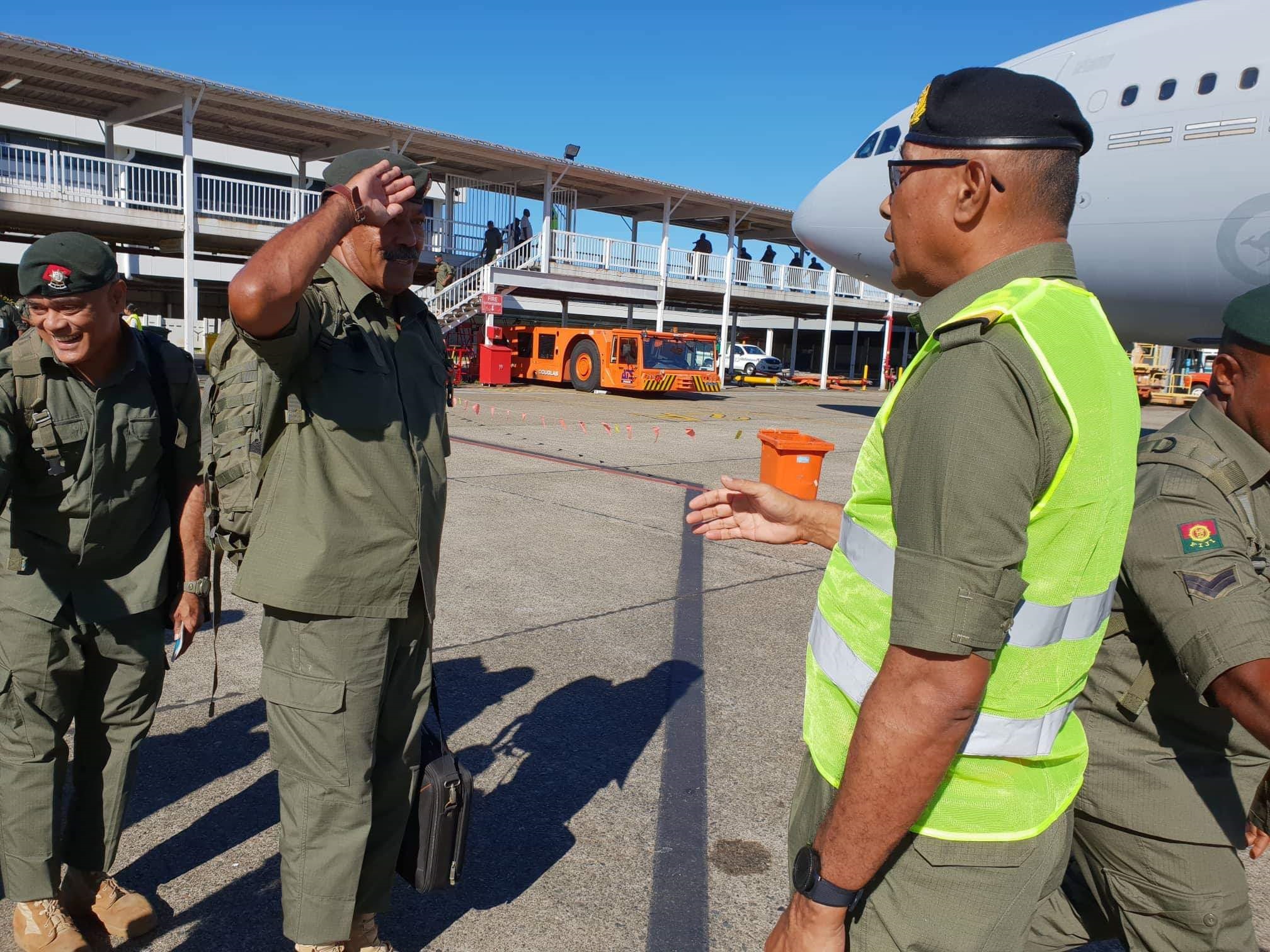 Troops from the RFMF being farewelled by Rear Admiral Viliame Naupoto at the Nadi International Airport. Picture: SUPPLIED

MORE than 200 Fijian peacekeepers based in the Golan Heights are safe as tension escalate between Israel and Gaza militants.

Republic of the Fiji Military Forces Commander Rear Admiral Viliame Naupoto said the 242 Fijian soldiers serving under the United Nations Disengagement Observer Force (UNDOF) live just hours away from where the attacks are taking place. Rear Admiral Naupoto He said the Fijian peacekeepers are closest to the conflict.

“For our troops that are there, the closest ones are those serving under UNDOF, but we have been receiving reports from them on a daily basis, they are OK,” he said.

“I can confirm there are 242 Fijian peacekeepers under UNDOF, I can also confirm that they are safe and well.”

Rear Admiral Naupoto said they were in constant communication with the Fijian peacekeepers.

“We should understand the geography that the Palestinian militants are from another territory. But we can say the Fijian peacekeepers in the Golan Heights are the closest.

“They were deployed there last year and will serve for a year before they return in August this year. Then we will continue with the next rotation.”

The Fijian peacekeepers are under the leadership of RFMF Lieutenant-Colonel Patrick Sloan.

The RFMF deployed a battalion strength of peacekeepers in Syria (Golan Heights) in 2013 following the withdrawal of the Austrian Defence Force from UNDOF.

According to international media, militants have fired 600 rockets into Israeli territory since Saturday, killing four Israelis.

In a latest update from Aljazeera, Israeli Prime Minister Benjamin Netanyahu has ordered massive attacks on the Gaza Strip, while hundreds have been injured from both sides of the borders.

Trump: 'Going to be a lot of death' in U.S. next week from coronavirus