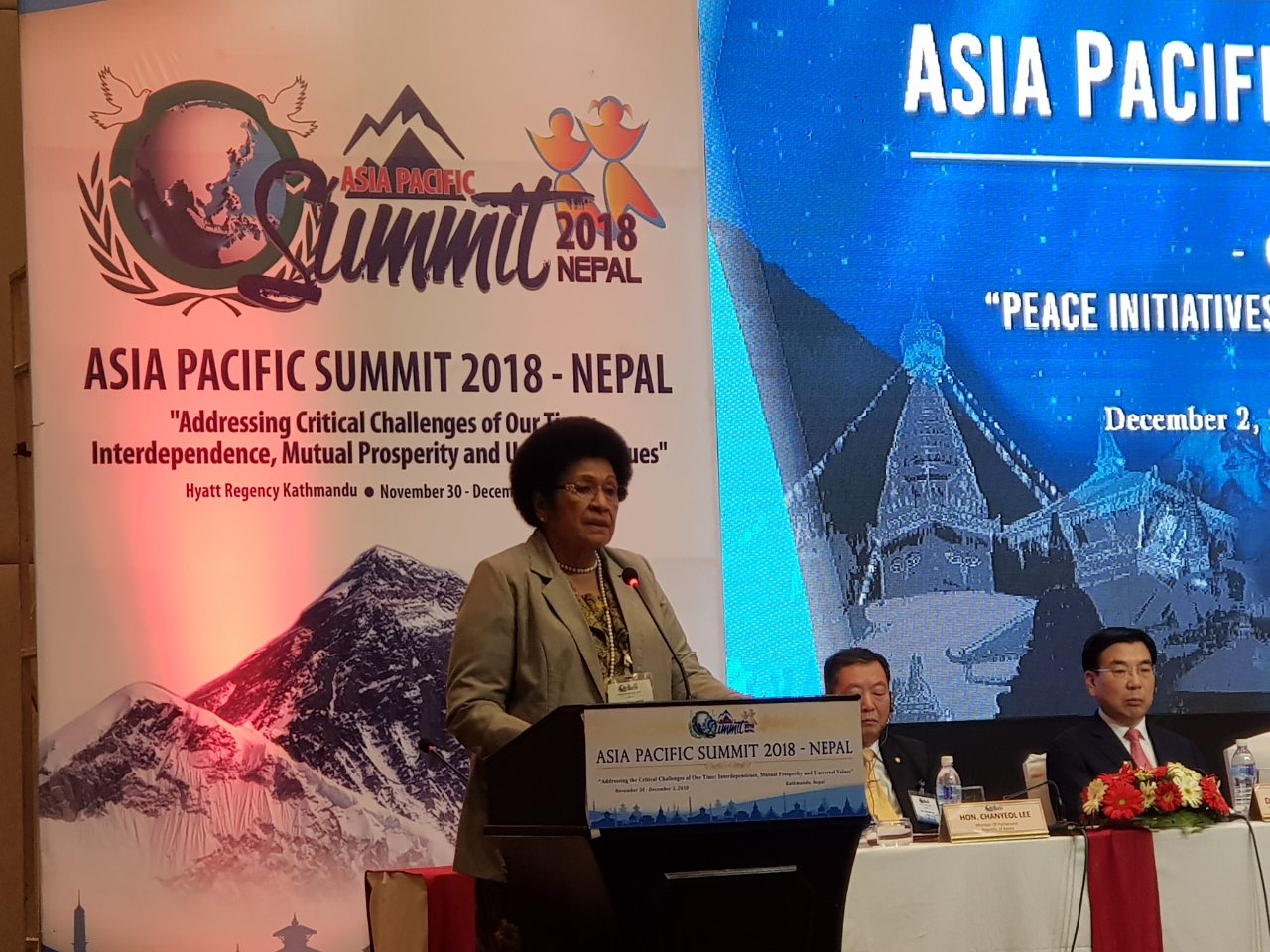 THE Fijian Parliament is well placed to champion the goal of gender equality.

This was highlighted by the Speaker of Parliament Dr Jiko Luveni during the 2018 Asia-Pacific Summit in Kathmandu in Nepal.

The summit is being attended by 1500 people from 45 countries.

Dr Luveni stressed that prior to the 2018 General Election last month, political parties were encouraged to have at least 30 per cent women candidates in their parties which resulted in 56 female candidates enlisted for the elections compared to 44 in 2014.

She said they had initiated the Gender Parliament Committees to ensure that gender considerations are applied to all committee works and reflected in their reports tabled in Parliament.

She adds that the Fijian Parliament has adopted a gender toolkit to assist committee members in conducting gender impact assessment on all pieces of legislation including the budget.