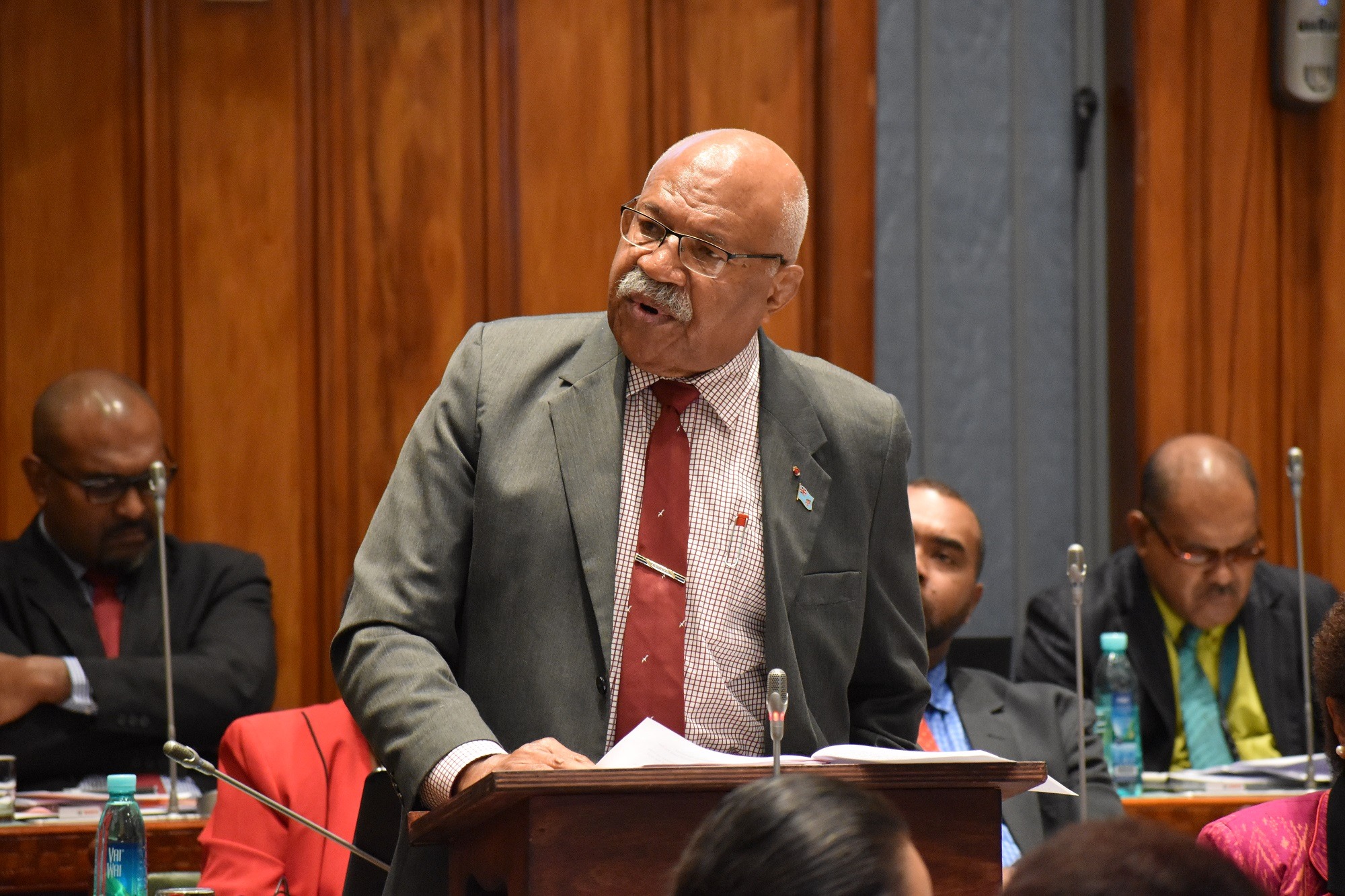 Opposition leader leader Sitiveni Rabuka in Parliament while responding to the President's address on the opening of Parliament. Picture: SUPPLIED

OPPOSITION leader Sitiveni Rabuka today in Parliament questioned the quality of leadership we have here in Fiji.

While responding to the address by the President Jioji Konrote during the opening of Parliament last week, Mr Rabuka said speaking about the Constitution, the President said; “Only six short years since the launch of our 2013 Constitution, we are undoubtedly still living some of the most consequential chapters of our history. As the journeys of many of the world’s great democracies and economically powerful nations have taught us: The quality of our leadership in these formative years will be defining for our political system.”

“Is the assault on Hon Pio Tikoduadua on Constitution Avenue, a demonstration of the quality of our leadership that will define our political system?,” Mr Rabuka said.

“His Excellency said; “I can recall the patriotic euphoria that gripped our nation following the successful conduct of our 2014 General Election. I have watched with growing pride as that excitement has produced higher public expectations for the rights we enjoy, the opportunities at our disposal, the impact of our voices – at home and overseas – and the conduct of our elected leaders”,” he said.

“Mr Speaker, what happened to that patriotic euphoria?

“The General Elections of 2018 showed the opposite of a ‘patriotic euphoria’.

“The governing Party, in spite of all the ‘Friendly Voters friendly programmes in six years since the Decree promulgated Constitution, lost votes in the 2018 General Elections, lost on the winning percentage and lost on the seats count – also in spite of the increase in Voters Population by natural as well as naturalisation growth!”