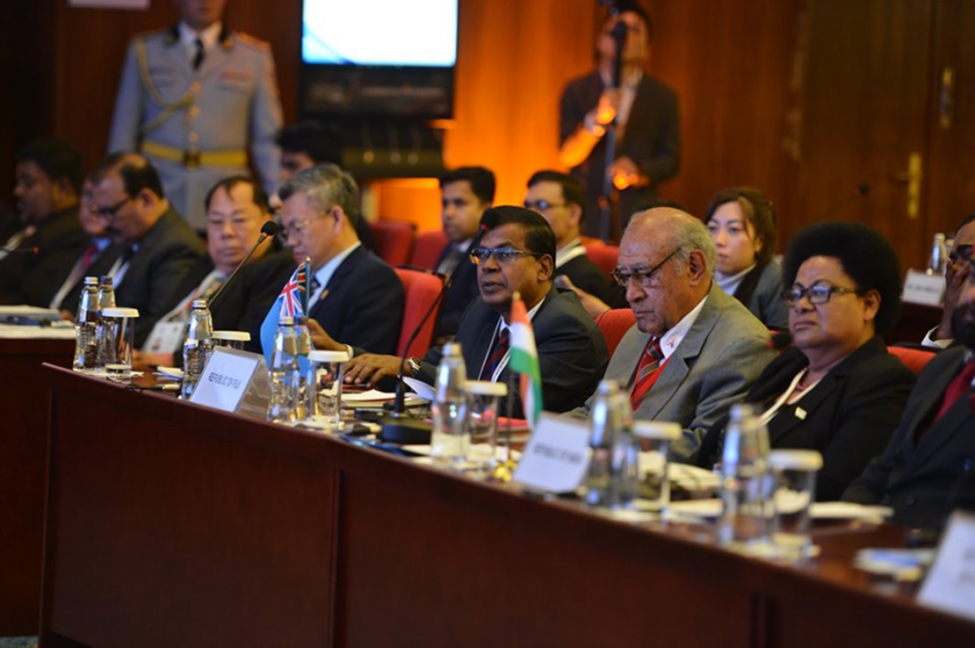 THE Fijian Parliament has expanded its role and initiated activities to strengthen its support towards the promotion and implementation of the SDGs.

Speaker of the Fijian Parliament Ratu Epeli Nailatikau said this during the Second Regional Seminar
for the Asia-Pacific Region Parliaments on Achieving the Sustainable Development Goals (SDGs) that was held in
Ulaanbaatar, Mongolia from May 27-28, 2019.

“Beginning in 2016, the Fijian Parliament undertook initiatives to promote and ensure progress in its implementation. In this regard, capacity building exercises for Members of Parliament and staff were undertaken with the objective of translating the SDGs into the work of Parliament. The capacity of the Parliament therefore to monitor and encourage the implementation of the SDGs through the work of the Standing Committees in our Parliament has been key,” Ratu Epeli said.

UNDP Pacific Office in Fiji Team Leader for Effective Governance Mr Dyfan Jones also gave a presentation on the Fijian Parliament’s oversight mechanisms, the self-assessment experience undertaken in 2017 and the implementation of the knowledge toolkit for the Standing Committees titled ‘Oversight of the Implementation of the Sustainable Development Goals – Guidance Note for the Standing committees of the Parliament of the Republic of Fiji’.

The two-day seminar also placed particular emphasis on heightening understanding about how Parliaments can
institutionalize the SDGs, promote convergence between the 2030 Agenda and national action plans and build coherence around the SDGs at the policy level.

Participants also discussed issues related to climate change from an angle mainly focused on the importance of building a culture of prevention and promoting shift to a low carbon, resource efficient and socially inclusive economy.

While closing the two-day seminar, IPU President Gabriela Cuevas highlighted the importance of an inclusive approach of parliament’s cooperation with media, private sector and NGOs in achieving SDGs.

Over 100 delegates from 19 countries and international organizations gathered to define the opportunities and challenges facing parliaments in the Asia-Pacific region in exercising their role in SDGs implementation.

The seminar was jointly organized by The Great Hural (Parliament) of Mongolia and the Inter-Parliamentary Union which was a follow-up on the conclusion of the first seminar held in Ho Chi Minh City (Viet Nam) in 2017.