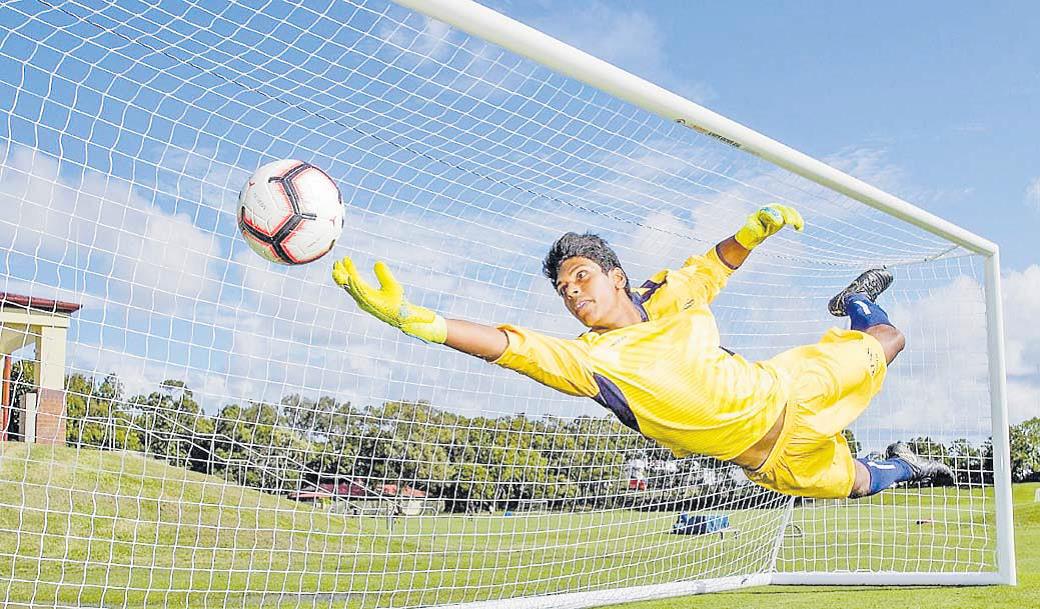 Ryan Mudaliar of TSS The South Port School in Gold Coast, Australia, in one of his saves against Nudgee College last Saturday. Picture: GOLD COAST BULLETIN

This time it is Ryan Mudaliar, who is TSS The Southport School football team’s goalkeeper in Gold Coast, Australia.

A Gold Coast Bulletin report yesterday said when the opportunity for a GPS Football First XI starting role arose, Mudaliar grabbed it with both hands.

Having been the TSS goalkeeper, Mudaliar made his mark in a nerve-racking 1-0 win over defending champion Nudgee College on Saturday.

He is the vice-captain and was commended for his match-winning save in front of the goalmouth on Saturday.

“All of the boys pulled through and especially with the penalty in the last minute, that made it shaky. I just trusted my own training to save it.”

TSS made it two wins on the trot in GPS.

The school is firming as a genuine premiership threat in GPS First XI football after sealing their second win in as many games at home to Churchie on Saturday.

A week after opening their campaign with a 1-0 win over reigning champions Nudgee College, TSS came from behind to edge the 2018 runner-up 2-1.

“The boys have shown in the first two games they have got a real resilience because Nudgee finished first last year and Churchie finished second,” TSS director of football and First XI coach Joe Dolan said.

“Churchie are a really good team. They got frustrated they couldn’t get through us and started going really direct and obviously our goalkeeper Ryan Mudaliar is very good and very strong in the air so him and the back four handled everything they threw at us.”

TSS play an away match against Brisbane State High School in Round 3 this Saturday.