Fijian Government works to provide shelters for the homeless 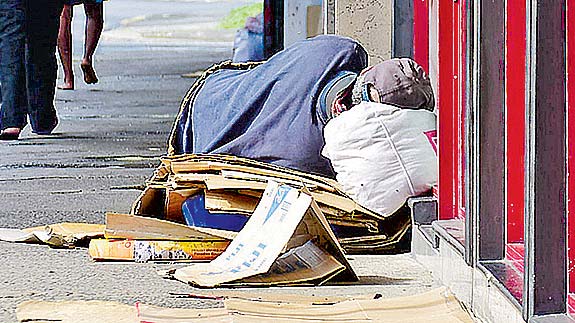 A homeless man is seen on a street of Suva. The Ministry of Women, Children and Poverty Alleviation is working on providing shelter for the homeless and underprivileged in society. Picture: FILE

Fiji’s Ministry of Women, Children and Poverty Alleviation is working on providing shelters for the homeless and underprivileged in society.

Women Minister Rosy Akbar said the biggest problem right now was that there were no “halfway homes” to keep them.

“We had the Good Samaritan Inn at Colo-i-Suva in 2015 which was being looked after by a church and it was fully funded by the ministry,” she said.

“The church was operating the home for us through grants provided by the government including receiving an amount provided by the Social Welfare Department equivalent to that given to a person residing at the place.

“I discovered there were some audit issues with the funding when I rejoined the ministry recently and that particular home has been closed temporarily.

“The home for the street beggars in Suva is there and it’s a nice sheltered place. We will need somebody to operate it for us in a very transparent and accountable manner because taxpayers’ money is involved.

“We’re trying to see how best we can get it started again.”

She confirmed there were no such arrangements for the Western Division.

“We’re having ongoing negotiations with the Daulomani Safe Home at Tomuka in Lautoka on the best way we probably could work together to benefit the vulnerable community being the street beggars in the Sugar City.”