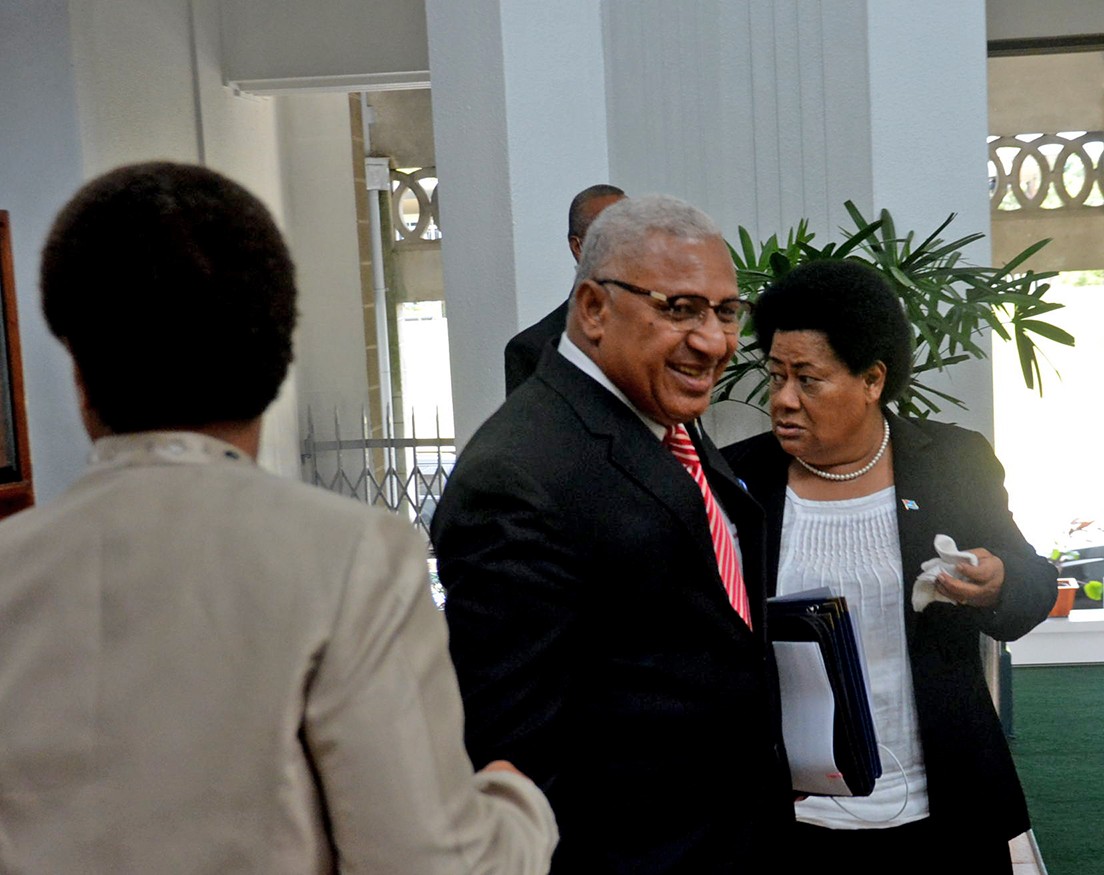 FIJI’S Prime Minister Voreqe Bainimarama says the Government had demanded the immediate release of three New Zealand journalists after he learned this morning that they were detained by Police for questioning.

The PM said he understood the journalists were present in Fiji to report on the recent charges the Government had brought against Freesoul Real Estate Development.

“It should be made clear: the news media has been an ally in accountability, helping to expose the company’s illegal environmental destruction. While Freesoul is already under investigation for breaches of the Environment Management Act of 2005, they have continued to act in ways that demand the highest levels of public scrutiny,” Mr Bainimarama said in the statement.

“I have spoken with the Commissioner for Police who has assured me the detention of these journalists was an isolated incident undertaken by a small group of rogue officers.

“A full investigation into why these officers would use such heavy-handed tactics will be undertaken, and any violations of protocol or undue influence will be met with appropriate action.

“The conduct of Freesoul Real Estate Development has been deeply concerning to me personally for some time. As both a Fijian who treasures our environment and a global advocate for sustainable development, I share in the public’s outrage.

“We need to send a strong message to Freesoul Real Estate Development, and other developers looking to cause us harm, that they are not welcome to operate in Fiji –– that message needs to be backed by law to prevent repeat offences from bad-faith developers. That is why we have been considering a law which we will urgently introduce in the next session of Parliament to permanently ban companies that blatantly disregard our environmental laws and protections.

“I, together with my Minister for Environment and the Commissioner of Police, will meet with the journalists later today to apologise for the treatment they’ve received and personally speak with them about our position on the environment, particularly with regards to development.”

Mr Bainimarama said the Fijian people could be assured that the Government would not tolerate any attempts to violate the historic environmental protections enshrined in our Constitution.

In a statement this morning, Brig-Gen Qiliho confirmed the release of the journalists after they were questioned.