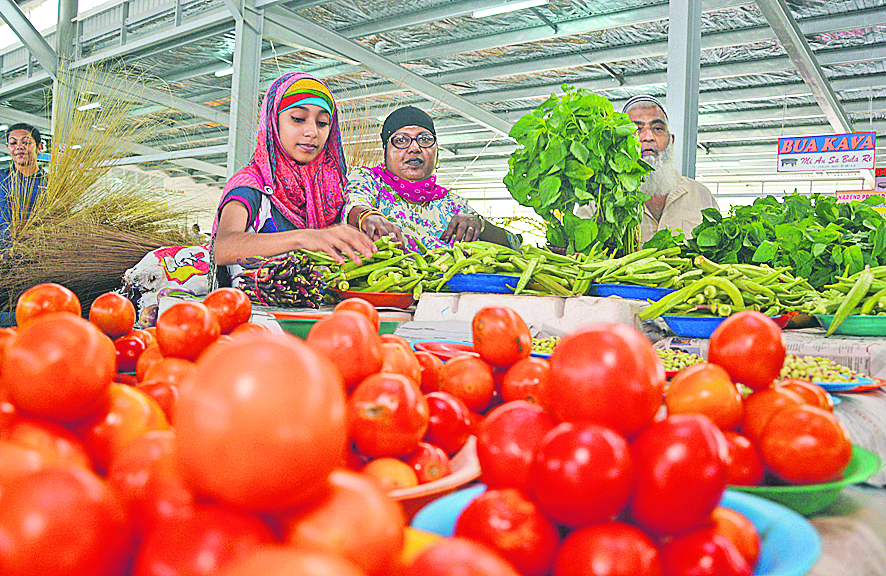 Fiji's annual inflation increased to 5.2 per cent in October from 4.6 percent in September. This was largely due to supply side shocks that led to higher prices for kava and vegetables when compared to last year, as well as increased prices for alcoholic beverages, tobacco and fuel due to duty changes and global commodity price movements. Picture: FILE

THE Fijian economy, on the domestic front,   is envisaged  to  grow  for  the  ninth  consecutive  year but at a  slightly  slower  pace  due  to  the  recent spate  of  natural  disasters.
The Reserve Bank of Fiji (RBF) highlighted this in its Economic Review for the month ended April 2018 released last week.
The central bank also noted that the recent natural disasters experienced earlier this year were expected to raise prices of agricultural market items such as vegetables and root crops.
But the price increase is anticipated to generally subside within the year when supply normalises.
Given the devastation in Kadavu, another commodity that is expected to become costly in the coming months is kava.
This is because of the affect in major kava supply from the island which will potentially raise kava prices in the coming months.
Cyclone-led supply shortages in agricultural commodities and price pressures following the  recent  natural  disasters could also have an effect on the country’s inflation rate which currently stands at 2.6 per cent as of March.
Inflation edged up slightly in March from 2.3 per cent in February, but remained lower than the 5.6 per cent registered a year ago.
The high inflation was due to higher annual price movements in the alcoholic beverages, tobacco & narcotics; housing, water, electricity, gas & other fuels; transport; restaurants & hotels and food & non-alcoholic beverages categories.