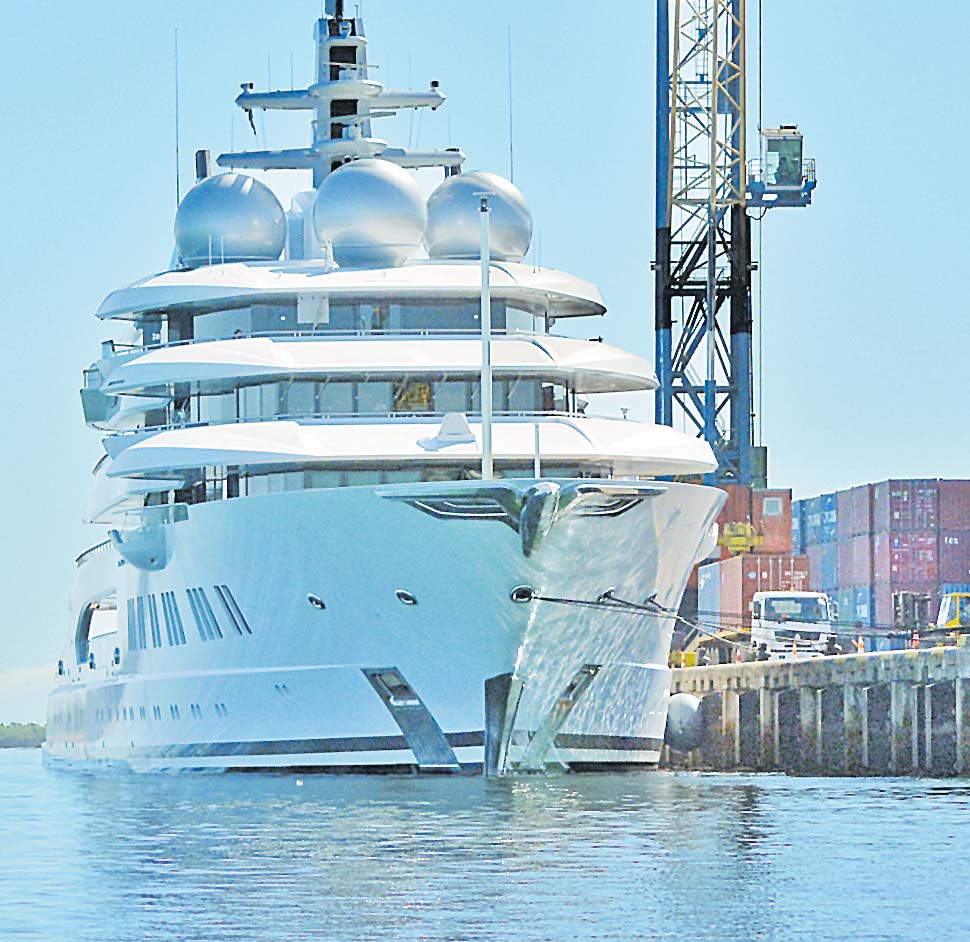 The superyacht Amadea docked at the Port of Lautoka yesterday. Picture: BALJEET SINGH

The Fiji Revenue and Customs Service has issued two infringement notices to the captain of the superyacht Amadea under the Customs Act of 1986.

Section 14 deals with infringements under “Procedure on arrival” where the master of every aircraft or ship arriving in the Fiji Islands shall bring the ship or aircraft to an airport or port or mooring without touching at any other place.

A fine not exceeding $20,000 or imprisonment for four years is applicable for the infringement.

Section 17 deals with “provisions as to persons disembarking from or going onboard an aircraft, ship” and states a person who contravenes or fails to comply with any direction given by the comptroller under the provisions of this section is guilty of an offence and is liable to a fine not exceeding $10,000.

“These charges are as per the Customs Act 1986,” said Police Commissioner Brigadier-General Sitiveni Qiliho.

“Normally the Act, (FRCS) Fiji Revenue and Customs Service acts on a fine matrix. If he pays the fines, then good otherwise, we will need to go to the court.”